I met with a 5 year old autistic boy who was non-verbal. He came into the office and began banging his hands on the computer keyboard. The secretary’s immediate response as it typical was to suppress that behavior and make it go away. Instead, I told her to let him go. We had a ball pit in the center of the room, and I told the boy that if he wanted to keep hitting the keyboard that I might have to pick him up and toss him in the ball pit. He continued, and I picked him up and tossed him in. He got out of the ball pit and walked back over to the keyboard. This time, he did not hit the keyboard but outstretched his hands toward it and then fell back into my arms for me to toss him in the ball pit. He giggled and laughed and then spoke the words, “do it again.” I was amazed.  Relationship was at the key of this interaction and an emotional connection was forged. I entered into his world, and he reciprocated and entered mine.

I met with a 3 year old boy who was also non-verbal. He had been placed into foster care almost from day one of his life and both his parents were violent and abusive and there was  chaotic family dynamics. The foster family were not equipped to deal with the challenges. The boy would often have intense meltdowns lasting an hour at a time where he would scream and cry uncontrollably.  The first thing was to explore why this was occurring, what was triggering it? Why was this child becoming so frustrated and overwhelmed? I came to learn that the foster mother was working a lot, and there would be periods of separation . This is was at the root cause, and it was later acknowledged by the family. Typically though the establishment would see these meltdowns as ‘dangerous’ and problematic and want to shut it down with an antipsychotic drug rather than seeking to understand why it is occurring. I would spend time with the child, letting him take the lead, and just merely being a presence, and hoping he would allow me to enter his space. I encouraged the foster parents to do the same, however this did not occur. These foster parents made the decision that with their current dynamics that it may be better for the child to be in a home where more time could be devoted. A new foster family was arranged, where no other children were present, and the foster mother stayed at home. The child thrived in this setting, and his language developed at a rapid pace, and the meltdowns became minimal. The foster parents began utilizing relational approaches and spent much time seeking to understand and make emotional connections with the child. Gradually, they began seeking to have him interact with peers, and this became much easier for him to do. Their entire approach was based on acceptance.

I received this letter from the father of one of my former clients who at the time was 7 years old.  “Dr. Edmunds has developed a strong rapport with (my child). He even waits at the corner of our street in anticipation of his visits. More importantly, over the course of the summer we saw a definite improvement in (his) socialization and behavior at home…I have been extremely impressed with Dr. Edmunds’ extensive knowledge…I also appreciate the comfort we receive in learning of positive results he has achieved with other children. Although I have read extensively myself and spoken with his developmental pediatrician, Dr. Edmunds has been able to translate his theoretical understanding into practical steps that have helped (my child) and us.”   In my work with this young man, I sought to build a connection and a relationship and as the father notes, this came in a way where he would await my visits whereas he was previously known to be one who was somewhat disengaged and oblivious to others. I used his interests and his strengths to build this connection and in the process of him opening his world to be, I began to introduce him to that of the mainstream, so he would have an awareness. He had a number of sensory concerns and transitions were always challenging for him, but we worked through pro-active ways to address this. When transitions came forward, he was more prepared ahead of time to deal with them and therefore the need for meltdowns reduced significantly. I also always sought the engagement of the parents. This is the key component, I was present for a brief time, so it is the parents who ultimately must carry things onward and continue to help their child in making emotional connections and being able to navigate through the world.

I worked with an autistic child who was blind and had paralysis in his legs. When frustrated and overwhelmed, he would require a helmet at times because he would bang his head. Many would dismiss any attempts to engage with him believing him to be ‘too disabled’ or ‘too troubling’. But even here, there was work done in assessing his environment, seeking to alleviate those things that caused distress and overwhelm. And emotional connections were able to be made with him in spite of his challenges and differences. I let him take the lead, and he would at times grasp my hand and lead me through his house. In spite of his blindness, he knew his surroundings by touch. He enjoyed listening to music and he had one game he would play where he would cover himself with blankets and giggle. These were important emotional connections not to be ignored.

Autism is not a disease or an entity. It is not something that we must seek out to eradicate. Rather, it is a mode of being, an umbrella term to describe how one relates (or does not relate) to the world. If we look at autism as an entity, a ‘thing’, then this leads us to develop programs that will seek to alter the person into something they are not nor will or can ever be.  It causes us to seek to alter the person by force, coercion, and manipulation.

Behavioralism has sought to modify the person, the existential approach rather seeks to understand. How the autistic person behaves should be seen as a form of communication, possibly the only form of communication they may possess to describe their joys, sorrows, or distress. The world of the autist is often misunderstood, one may see the person flapping their arms, and see this as ‘strange’ and in need of suppression. But if we look inwardly and explore the meaning behind this action, we may find it is telling us of something, it is indicative of how that person feels. It is one of their few ways to be able to share their experience.

A commonly used approach with autistic persons is Applied Behavioral Analysis where the child works on drills for up to 40 hours a week with a therapist. This type of program separates the child from their parents. The repetitive drills often lead to depression, humiliation, and rage. The entire system is built on this concept of altering the person by force, seeking to gain their compliance to an arbitrary ‘norm’ of what a child must and should be. Instead, we should realize and respect the various developmental stages both perinatal and postnatal that occur and understand that developmental differences exist. These developmental differences exist, and those wanting to aid the person must realize this, and then help the person in discovering their being, of who they are, and to be able to embrace who they are.  Early intervention programs sometimes force children into meaningless, repetitive tasks and are geared towards conformity, solely seeking to prepare the child for the classroom, but not taking into account other aspects of the person.

A child with cerebral palsy may be autistic, a child placed under conditions of sensory deprivation may be autistic (Federici et. Al. 1998), a child exposed to a toxin may be autistic. Autism is merely a term we have decided to use to label how a person has developed and relates differently to the world. If I am an American and travel to a foreign country and know nothing of the culture or language, I am bound to struggle. If I am an American and travel to a foreign country but have learned something of the language and culture, it will be far easier. This is the direction I believe that programs to aid autistic persons should be geared. Not to alter the person, but rather to help them to be themselves while also having an understanding of the ‘mainstream’ and being able to navigate through it. 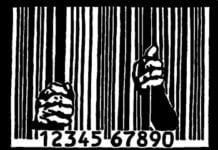 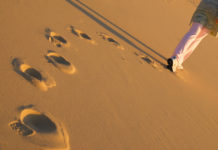