Four out of five adults, youth, and family members of community mental health centers (CMHCs) in New Hampshire told researchers they are satisfied.  Three out of four said their quality of service is good, despite repeated budget cuts.

How do people who have never seen an alternative know if they are satisfied with what they have?

Mental health bureaucrats and policy makers will never ask that question or answer it, but they will quote the statistic all the time, especially next winter when they beg the Legislature for more money – or a smaller budget cut – to do what they’ve always done the same way they’ve always done it.

Other states are no different, but the University of New Hampshire Survey Center, NH Bureau of Behavioral Health, the UNH Institute on Disability(IOD, an affiliate of UNH), and the 10 CMHCs do a sophisticated, well-funded client satisfaction survey every year.

Lawmakers have started to sense that CMHC’s don’t make anybody well, but they’ve never been shown an alternative either.  And they still think they need CMHC’s and their drugs to protect the public from mass shootings and mayhem.  CMHC bureaucrats are happy to let them believe that.

Squeeze our budget, and the cuts will pop up in law enforcement, jails, drug abuse, and domestic violence, they say every year.

Good, outspoken CMHC critics at NAMI NH, the NH Disabilities Rights Center, and the state Consumer Advocacy Council, who all know, and say privately, that the CMHC’s care more about their bottom lines than client outcomes or rights, continue to support funding the same old services in the same old system.

“It’s the only game in town, and we have to speak with one voice to the Legislature,” one outspoken critic of CMHC’s told client advocates in a private meeting.

Even the leaders of the consumer advocacy council, and directors of the state’s independent peer-run agencies, the state’s one alternative, have joined the CMHCs’ choir before the Legislature.  If the CMHC’s lose funding, their programs will lose funding too.

These advocates, progressive newspapers, and other enlightened voices for humane government, blame the Legislature, and underfunding, for the shortcomings in the mental health system, which everyone here admits is “broken.”  The expression “our broken mental health system” is used by everyone who wants the Legislature to give the system more money to continue its practices and behavior.

Do you think people would be so satisfied with disease model treatment if they knew about alternatives like this — about how a peer (me) cured Corinna West’s schizophrenic psychosis by re-framing her disease diagnosis as emotional distress?  The system suppresses, marginalizes, and denies stories like this.

The general satisfaction finding is just the first finding in this year’s survey, which was published May 22, 2012.  “New Hampshire Public Mental Health Consumer Survey Project, Summary of Findings 2012,” also shows what the IOD calls “areas of concern.”

Other good news in the survey is that families reported a significant increase in child outcomes, from 55% (2008) to 65% (2011), and the majority of consumers surveyed reported coordination between mental health providers and primary care providers (62% of adults, 52% of families, and 62% of youth)

The Public Mental Health Consumer Survey Project, funded by a grant from the federal Substance Abuse and Mental Health Services Administration (SAMHSA), is a joint initiative among the Institute on Disability, the UNH Survey Center, the Bureau of Behavioral Health, and New Hampshire’s 10 CMHCs. For more information, visit the project website 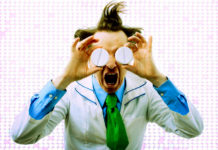 The Madness of Our Mental Health System 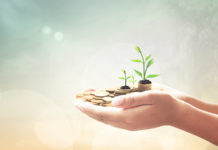 What I Really Think About NAMI: An Apology and Clarification