Author’s Warning:  If the word NAMI sends you into uncontrollable rage, spare yourself.  This is about NAMI people who are open to our movement. It’s not intended for readers who already hate them.

When the National Alliance on Mental Illness (NAMI) first started 30 years ago, it was split between parents who wanted to build better hospitals, and others who wanted good community treatment for their adult children, who were being released from institutions, a member of the first NAMI National board told a gathering recently.

Mrs. Straw started the New Hampshire afffiliate of the National Alliance on Mental Illness (NAMI NH) in her kitchen 30 years ago.

The first generation of NAMI Mommies, now in their 70’s and 80’s, were Mama Bears fighting to protect their sick adult children, using the most enlightened, progressive science they had.

It’s not their fault that, decades later, there is newer science and experience that casts doubt on theirs.  They were not trained to evaluate scientific research.

Dr. Dan Fisher, who was trained, and did smell a rat that far back, was an unknown government researcher.  For the next 20 years, the experts called him, and the few researchers like him, dangerous and delusional kooks. Dan was a mentally ill kook, a disgruntled ex-patient.

The NAMI Mommies listened to the most progressive experts, and believed what, as parents, they needed to believe:  They and their children did not cause these devastating illnesses. No-fault genetic and brain chemistry explanations were scientific.

In those days, Peggy recalled, NAMI families were at odds with the psychiatric establishment, who still blamed families, or the victims themselves, for their mental illnesses.  My parents and I got a choking dose of that at Beth Israel Hospital in Boston in 1977 from world-famous doctors.

The parents’ lives were a heartbreaking roller-coaster that never seemed to end.  Time and again, they saw their children make a little progress, stop their meds, get sick, and lose all the ground they gained.

It’s not their fault they did not know what we know now about medication.  It was natural for them to think meds were helping their children.  They came from a doctor. The children’s symptoms improved dramatically, often from impossible to possible. Anyone could see it.

Stopping the meds was just willful and irrational. Stopping repeatedly, with disastrous results, expecting a different outcome each time, was crazy.  No wonder they turned to the government and mental health system for help making their adult children to stay on their meds.

They did not wake up in the morning thinking, how can I hurt my child today?

People still remember how little Peggy Straw, the housewife, looked NH’s profoundly  conservative governor John Sununu in the eye, told him what the de-institutionalized population needed from the state, and came away with the best state mental health system in the country.

Peggy did a lot of good for a lot of people, changing public attitudes, keeping people out of hospitals, even though the community-based system she helped create has become obsolete. and needs to be replaced by a distress-based system nobody thought of back then.

I got to know Peggy Straw, and several other NAMI Mommies of her generation, when I worked at NAMI NH from 2004 to 2008. starting a consumer speaker

s bureau, and working on courts, cops, and corrections issues..

I was completely comfortable working there, with warm, dedicated, enlightened volunteers and staff, who are still my friends. They don’t go to work thinking, How can I hurt people today.  Nobody censored my speakers, some of whom told groups they’d done better without medication.

I’d get furious at the national events I had to attend, because of NAMI National’s patronizing attitude toward “consumers.”  2006 was a little late to be so proud of having a few consumers on their board and national staff.

NAMI NH is not NAMI, and NAMI affiliates are all different, depending on the people involved.  NAMI does not believe everything they did 15 years ago.

NAMI people are not as bad as the most extreme NAMI-haters in the empowerment movement say.  They’re not hurting people on purpose either.  Based on what they know from science and their experience, they’re helping.

Nancy Adams, my favorite NAMI volunteer from that generation, was very interested in my current work with Corinna West at Wellness Wordworks, trying to replace the disease-based mental health system with a trauma-based “distress model.”  (Corinna is a regular blogger on this website.)

It might have helped Nancy’s daughter, who lost her life-long battle with severe distress and substance addiction three months ago.

When I mentioned medication vacations to Peggy Straw, she said, “I hope my daughter [now in her 50’s] doesn’t take another one.  Those were disastrous.”

Chances are, Peggy’s daughter got off meds the wrong way, since the system did not help people do that. I don’t blame Peggy for hoping she doesn’t try it again.  Peggy suffered as much as her daughter on her daughter’a unsupervised med vacations.

No stranger or Martian who attended that annual meeting would see any connection between the nice, open people there, and the semi-hysterical NAMI hatred that sometimes appears on Movement-connected Facebook pages and websites.

NAMI hatred hurts our movement.  Everyone connected with NAMI does not believe everything NAMI believes.  Many want to know what’s newest in mental health.  Hating them before we meet them (prejudice) is self-defeating and foolish. 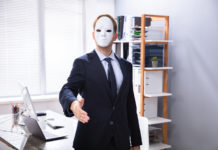 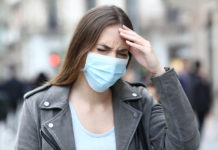 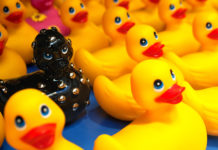