Peer support pioneer Shery Mead, my long-time friend and colleague, thinks peer support in a CMHC is an oxymoron.  After she started an independent peer support and crisis respite center in New Hampshire, she became world-famous, spreading the theory and practice of peer support.

Shery is an academic, a researcher, and an intellectual.  An ex-patient/survivor, she talks like a teacher in a social work school, even though she believes as passionately as any angry mental health advocate.

Consequently, she has been able, over the years, to spread the gospel of peer support all over the world, to academics, bureaucrats, and policy makers as well as consumers.  She is one of the main reasons peer support is so widely accepted by governments and the mental health Establishment as far away as New Zealand.

Still influenced by Shery, NH has kept its PSA’s completely separate from the medically-based community mental health centers (CMHC’s), and Medicaid.  Her thinking prevails to this day in our state:  Peer support must be a voluntary, equal, mutual relationship. Peer support funded by Medicaid, delivered as a medical service in a medical model agency is not really peer support.

If a peer specialist is writing evaluations and progress reports of a peer for medical supervisors, as part of a medical treatment team, to meet Medicaid requirements, the relationship is not equal or mutual, and is not really peer support.  . There has never been a serious effort in NH to seek Medicaid funding for peer support, or make it a medical service.

Other states that had no peer services, because they would not pay for them, thought Medicaid reimbursement was the greatest thing since indoor plumbing.  Suddenly, a federal funding stream was available, and the services could be delivered within an existing institution already qualified to bill Medicaid. The underfunded CMHC’s received a financial windfall, and donsumers could get jobs, a professional credential, and earn a few dollars.

NAMI made Medicaid-funded peer services a major national priority.  Peer support is a good thing, they reasoned, and Medicaid makes it available in places where it is not and probably never will be.  NAMI did not care if the relationship was equal or mutual.  To them, no “therapeutic relationship” with someone who is “mentally ill” is ever equal or mutual, even when the other person is also “mentally ill,” but “high functioning” with a certificate.

A professional certificate is essential in the medical model.  They can’t allow just anybody — untrained people with no qualifications – to use their experience, listening skills, common sense, and sensitivity to help peers improve their lives, recovery skills, and self-esteem.

Shery’s concerns about voluntary, equal, mutual peer support relationships – which are articles of religious faith for her – got trampled in the rush to drink from the Medicaid trough.

In a 2009 interview, the then-head of NAOPS told me there are three pitfalls peer specialists typically experience in CMHC’s:

Twelve years ago,, I had a very part-time job at a CMHC visiting with three clients in the community every week.  One went to a sub shop and talked about the Red Sox.  One went with me on rides in the country, and one I took grocery shopping.  The job paid $15 per hour.

I had to file monthly reports for Medicaid about each client’s progress.  None of them ever made progress, so my supervisor insisted that I make some up.  The CMHC billed Medicaid $104 per hour for a medical service called MIMS (Mental Illness Management Services).

One day at a mental health conference, a consumer came up to me all excited.  Her mental health center had just hired her to do peer support.  She was doing the same thing I was for $7 an hour.  I got incensed, told her what I was paid, and said the CMHC was underpaying and exploiting her.  Instead of getting mad at the CMHC, she got mad at me.

I left that conference with lead in my stormach.  That’s how peer support in CMXC’s empowers people..

Note:  As Shery’s Parkinson’s Disease progresses, she travels less and less.  Her partner Chris Hansen is an equally good writer, researcher, trainer, advocate, and presenter. Groups who hire Shery lose nothing when Chis comes in her place. 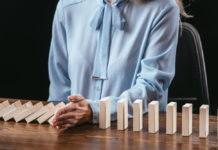