Having been a news reporter for a small-city daily for many years, I know some reasons why mainstream media ignore our movement, or get it wrong, that have nothing to do with hostility or being bought by Big Pharma.  Advocates can do something about it with their local media, but it’s  an uphill struggle that requires some awareness of the problems they face every day.

The built-in limitations  of daily journalism have gotten much worse since I left the business. Mostly a lack of space and staff time.  Space for news shrinks in proportion to the shrinking advertising.

Staffs keep shrinking, but the number of important subjects does not,  Newspapers are fighting a losing battle to maintain quality and journalistic standards as fewer people struggle to do the same amount of work.

And there are so many stories a local paper is required to cover, like the school board,  cops, local elections, and city council.  Mental health stories are required only when someone goes on a shooting spree.

Corporate owners of small-city papers have learned that content does not affect circulation or ad revenue, not even the Pulitzer Prize, and second place, my regional  paper won, 20 years ago.   We staffed those two investigative Pulitzer stories full-time for a year, got big recognition and prestige within the profession and our community, and lost big money on them.

To bottom-line corporate owners, news is part of the overhead, not the product.

Small-city papers can no longer afford specialized medical reporters.  More and more big-city dailies consider them a luxury. If they can, they assign a general reporter to “the health beat,” but even that is getting hard for smaller papers.

David Oaks of Mindfreedom International wrote, based on conversations with two reporters, that reporters and editors know without being told that some mental health stories are not OK to cover.  His examples are the absence of warnings that people taking anti-psychotics are unusually vulnerable, and can die, in bad heat waves, and stories about brain damage caused  by anti-psychotic meds.

He correctly attributes it to self-censorship, not any ruling that comes down from their corporate owners, and speculates that they are afraid to publish anything that might encourage readers to stop their meds.

I don’t have to speculate about that.  I used to do it myself when I was a reporter and editor.   No boss had to tell me to keep “dangerous, unproven anti-medicine” opinions out of the paper. Millions of people, including me and the whole medical profession, were living proof that meds were good.

This was before I found the recovery and empowerment movement — which was still tiny, obscure, and marginalized — and began to question my diagnosis, medication and the chemical brain disease idea.

Most reporters and editors still believe mental illness is a no-fault chemical imbalance that can be controlled by medication like diabetes.  They won’t know about the Whitaker-aware part of the mental  health world until we tell them in a way that sounds rational and scientific, with positive alternatives, not just criticism of what they’ve been told by experts for years.

The only advocates most of them know are in NAMI or on the mental health system’s payroll..

We’re Left Out of a Story About Our Civil Rights

This news story from Seacoast Online, the internet version of the Portsmouth (NH) Herald, is about an important mental health civil rights lawsuit with national implications.  It’s a good example of why small-city news media ignore our movement.

It was written by Karen Dandurant, a solid, hard-working old pro I’ve known for a long time.  Like everything Karen writes, this story is clear, well-written, accurate, and complete as  far as it goes, which is not far enough to include us.

It’s not Karen’s fault. She had just a few hours to research and write the story, and might have been working on one or two others at the same time.

Some Background on the Lawsuit

The NH Disabilities Rights Center (DRCNH), our federally-funded disability lawyers, filed Lynn E. vs Lynch.  It says the state is violating their clients’ civil rights.  The Bazelon Center for Mental Health Law and the Civil Rights Division of the  U.S.  Justice Department quickly joined the case against the state.

Everyone in New Hampshire, up to and including the Commissioner of Health and Human Services and the state mental health director, agrees that the state’s mental health system is “broken.”  But the state says the lawsuit is unfair because they have a mostly-unfunded 10-year plan to fix it.

Why Did the Media Ignore Our Movement?

Though Karen has some training as a nurse, she is not up to date on the Whitaker-aware part of the mental health world.  There is no reason why she should be.  Daily news reporters must write about everything, in a hurry.  They are trained to assimilate, synthesize, and present unfamiliar ideas on any subject intelligently and clearly, on deadline.

So she “rounded up the usual suspects,” in this case Amy Messer, the DRCNH lawyer in charge of the case, Jay Couture, the head of her local community mental health center (who also happens to be the head of the CMHCs’ lobby in the state capital), and Joann Muldoon, the head of behavioral health services at her local hospital.

There is also a local peer-run support center in Portsmouth.  She might have called them if she knew it existed, or if she thought this penny-ante program run by “mentally ill” people could be part of a solution to a massive state problem.

Then, Karen reported clearly and accurately what her expert local sources told her: The story says the problem is that the state under-funds community-based mental health services, and the solution is more money for CMHC’s, to medicate more people in the community instead of institutions.

So once again, local media ignored our movement in a story about our health and civil rights.

Some Ways to Raise Our Profile in Mainstream Media

The first, most important step is to ask the editor (in print) or news director (on radio or TV) for a meeting with the editors and health reporter if there is one.  Focus your message on a few ideas.

These are just my suggestions:

1.  The evidence for the brain disease model is weakening, while evidence for alternatives is getting stronger.  A news reporter like them, named Robert Whitaker, has documented all this, from the scientific literature, in two books that have set the mental health profession on its ear.

2.  The public mental health system has become economically unsustainable, largely because people keep coming in, and nobody graduates or gets well.  Why keep shoveling money into a 60-year-old medical system that does not make people well or get them off disability and poverty benefits?

3.  Tell them about alternatives that are available, or could be created, locally, or have been proven effective elsewhere, and can be replicated..

4.  At the very least, psych meds should be presented as one of many options, not the only option, and made a matter of choice, with full disclosure of the dangers.  Better yet, try other options BEFORE going to medication if alternatives don’t work. “Diagnosis and medication first for everyone forever” has been standard practice for decades, and people don’t get well.  Let’s try something else in addition, not instead of, which sounds extreme to cautious, conventional-minded editors.

6.  Ask if you can write an op-ed or guest editorial.

7.  Try to establish a relationship that helps you both.

DO NOT lecture them about “the media’s responsibility,” or challenge the integrity or sincerity of people they know, and rely on as responsible experts, including NAMI.  Disagree respectfully.  Calling them liars hurts your credibility.

Don’t bury them in printed material or data.  Give only your most significant statistics and one or two charts and graphs.  Explain the significance of each number and graphic in words.

Leave behind a short summary of your message, including your statistics and graphs, names and contact information of people to call when they want your point of view in their stories, and websites that document your message, preferably from reputable journals and institutions..

Public demonstrations attract media coverage, but sometimes it makes us sound like a bunch of crazies protesting science.  Unless the message is clear, tightly focused, and as local as possible, reporters will just see our slogans, placards, and clothing.

Being against the medical model is too unfocused for most local reporters.  It’s better to support positive, preferably real or proposed local alternatives.

A good, tight focus reporters can grasp and explain quickly might be: drugging children or forced medication in the state or local hospital, or a local case of forced shock treatment,  The operative word here is “local.”

Many people, especially reporters, already have intuitive concerns about drugging children, individual choice, and full disclosure.  They need to be told why those concerns are valid, and that reputable scientists disagree with the reputable scientists who say those things are necessary for public health, safety, education, and welfare.

Finally, reporters who cover demonstrations — or speeches in auditoriums — appreciate a little help from us to do the best job.  The vast majority of reporters I’ve known are highly motivated to do a good job, but it’s very hard to do it well.

Hand each media person a short printed summary of the main points, with a couple of quotes the reporter can use, and a phone number the reporter can call if questions come up while he’s writing the story. This allows the reporter to listen, absorb, and talk to individuals without worrying about writing down everything said on the platform.

These suggestions and observations are based on my experience reporting and editing daily news. 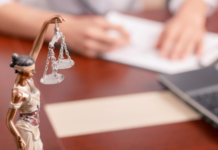 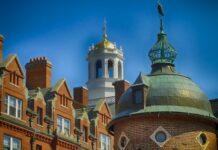 Letter to my Classmates on our 40th Reunion

An Opportunity for “Mad Caring”: David Oaks Needs Our Help