Benzodiazepines are a massive violation.

The expression that they are a “rape of the mind, soul and body” has been used for decades by campaigners in the UK for good reason.

The disabilities can start within weeks or even days for some. Personality changes occur and the body starts exhibiting side effects seldom attributed to the benzos, but more often than not, to “stress,” M.E., fibromyalgia or other virtually any other diagnosis. Effects can be severe causing loss of career, interpersonal relationships, violence, suicide and more contact with mental health services which, for some, has resulted in heinous labels, such as BPD or dependent personality disorder, and polydrugging.

The enormous and ever growing number of forums on social media for people damaged by both benzos and SSRI polydrugging bears out the truth that very many people are severely damaged by commonly trusted medications.

I turn now to the childhood abuse survivor community. Esther Rantzen is probably one of the few journalists in the country to have some in depth knowledge of these issues. She both established the helpline for victims of child abuse “Childline” and took up the cause of benzo victims who had written in to her TV programme “That’s Life.” Speaking in BBC’s 2001 Panorama programme “The Tranquilliser Trap” she was clearly incensed that nothing had been done by governments or healthcare agencies to stop the benzodiazepine disaster.

These issues should absolutely be of priority for childhood abuse survivor charities in the UK. Survivors of childhood trauma who are also adversely affected by benzos need to be believed. Many sadly won’t even know until it’s too late that symptoms, often categorized as stress from trauma, could in (some) cases be either partly or even entirely caused by benzos. For example, in my case, a deteriorating benzodiazepine induced brain injury that made me seem childlike was categorized as my “inner child.” When patients do disclose a benzodiazepine injury to their support networks in abuse survivor groups, it is imperative that they are believed. There also needs to be awareness that categorizing everything as “somatisation” is neither helpful nor safe. Again, many charity and patient groups from ME to thyroid charities are currently trying to raise awareness of the harms of the current medical paradigm, which far too often dismisses patients’ unseen illnesses as a psychiatric or psychological disorder.

Victims of severe childhood trauma have already been through far, far too much. Many find when they disclose abuse to GPs the first thing that happens is an instant prescription for an SSRI or benzodiazepine. It is worth noting here that a very small minority of people find themselves unable to walk and even wheel-chair bound after benzodiazepine discontinuation. Some even die. How can this level of risk be justified for anyone, let alone vulnerable abuse survivors with limited or no support networks? Awareness needs to be spread. Those adversely affected in the benzodiazepine community are doing their best to campaign, but their ability to succeed is sometimes curtailed by brain injury and lack of social support that often accompanies the entire benzo journey.

Similarities between benzos and childhood trauma:

Benzodiazepines need to be given with fully informed consent. Currently in the UK some people are told the benzos could be “addictive,” but this is neither sufficient nor accurate. Physical dependency and addiction are quite separate illnesses. Moreover, full informed consent should spell out the worst case scenarios such as brain damage and loss of mobility. This can occur even at low doses and even if always taken as prescribed. The Department of Health and the BMA have not ensured that all doctors know this.

Many benzo victims go for years having their symptoms totally ignored, minimised or disbelieved.

The reason that information is not widely known is arguably because of the vested interests of the pharmaceutical industry, governmental failure to act and fear of an onslaught of people taking legal action. There is also the issue of ingrained cognitive dissonance (a term coined by Dr. David Healy) of doctors across the spectrum who believe the marketing of the pharmaceutical industry over the lived experience of their own patients and who would suffer huge professional embarrassment, not to mention shame, if the truth were widely known. Many professionals are simply unable to come to terms with the depths of suffering they have unwittingly caused. The establishment has both failed to own up to its failings and to protect future generations.

Benzodiazepine withdrawal syndrome is a long and severe illness.

Lack of Public or Social Understanding

The Department of Health still uses victim blaming language accusing victims of the benzodiazepine medical disaster of “drug misuse.” They continue to use this language despite efforts of campaigners to highlight scientific research that explains why this is type of language is totally inappropriate and highly damaging.

Notwithstanding the massive personality changes that can result from benzodiazepine use, relationships are put under a massive strain due to the literally unbelievable and complex array of life altering symptoms.

All this can often lead to a total breakdown of trust in the medical profession. This distrust is often well founded and justified.

Loss of Self Esteem

The experience can alter a person’s sense of self and self-worth.

Symptoms of benzodiazepine disability can tragically often seem to resemble complex PTSD, making victims of childhood trauma more vulnerable to taking longer to discover the true cause of their symptoms.

It is worth noting here that many symptoms of trauma are dramatically reduced by slowly tapering off benzodiazepines (using the Ashton Manual by Professor Heather Ashton). Some fortunate people experience no adverse affects whatsoever coming of benzos, and even those who experience physical disability have stated their quality of life has improved after tapering because so many psychological effects have lifted.

Childhood trauma victims are really experiencing a double whammy when they are also adversely impacted by benzos. The benzodiazepine forums are not awash with expertise in complex childhood trauma. This can be isolating for those from the survivor community, although not insurmountable.

No one should have to go through the benzodiazepine nightmare, no matter their background. It is a tragedy successive governments knew the risks and failed to act. In the meantime, people power and the internet are slowly winning. It can only be hoped that future generations can be spared this ordeal. 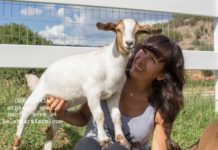