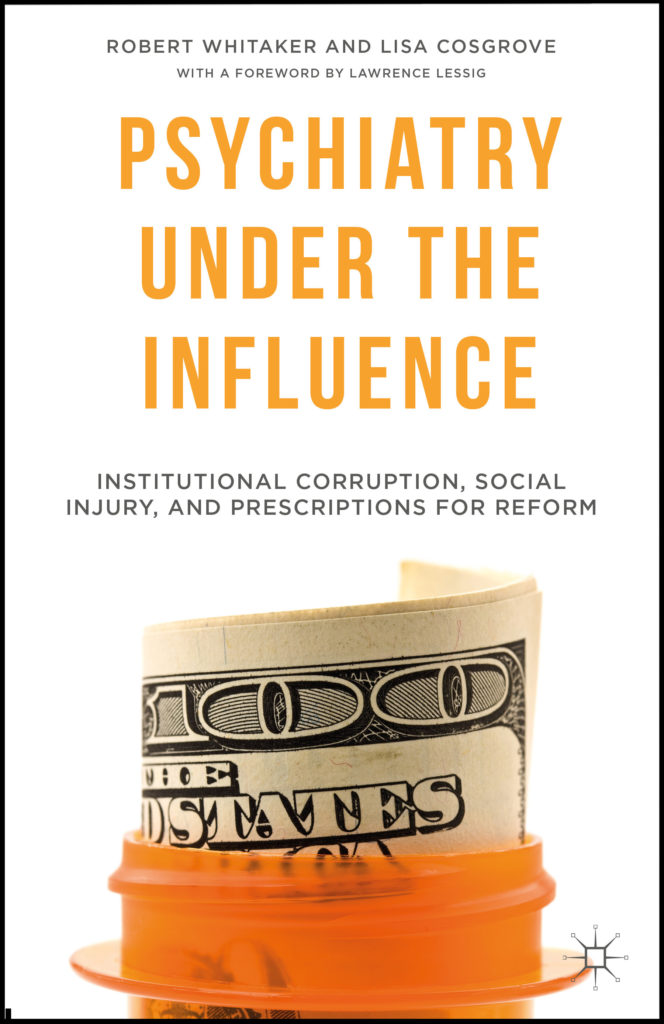 Psychiatry Under the Influence “is an extraordinary piece of work that should be read by every mental health professional . . .  The reader will likely be shocked into a state of utter disbelief from the revelations.”

Psychiatry Under the Influence investigates how the influence of pharmaceutical money and guild interests has corrupted the behavior of the American Psychiatric Association and academic psychiatry during the past 35 years. The book documents how the psychiatric establishment regularly misled the American public about what was known about the biology of mental disorders, the validity of psychiatric diagnoses, and the safety and efficacy of its drugs. It also looks at how these two corrupting influences encouraged the expansion of diagnostic boundaries and the creation of biased clinical practice guidelines. This corruption has led to significant social injury, and in particular, a societal lack of informed consent regarding the use of psychiatric drugs, and the pathologizing of normal behaviors in children and adults.

Robert Whitaker is the author of five books, two of which—Mad in America, Anatomy of an Epidemic, and Psychiatry Under the Influence—tell of histories of psychiatry, and of its treatments. Anatomy of an Epidemic won the Investigative Reporters and Editors book award for best investigative journalism in 2010. He is a former Fellow at the Edmond J. Safra Center for Ethics, Harvard University, USA.

Lisa Cosgrove is Professor at the University of Massachusetts, Boston, USA and a Fellow at the Edmond J. Safra Center for Ethics, Harvard University, USA.  She is also a clinical psychologist. She has co-edited and co-authored casebooks on the ethical and medico-legal issues that arise in organized psychiatry because of financial conflicts of interest. She received the 2014 Distinguished Publication Award from the Association for Women in Psychology for her paper “Industry’s Colonization of Psychiatry.”