This section presents research and personal experiences relating to the use of and withdrawal from antidepressant drugs. You can use this page to:

The exact mechanism is unknown, but a proposed theory is that, over time, the body adapts to the presence of the drug by altering the number or sensitivity of neurotransmitter receptors. When the drug is reduced or stopped, these adaptations are uncompensated for by the drug and the result is withdrawal symptoms. This adaptation is known as oppositional tolerance and is proposed as the reason that withdrawal can persist long after the drug is ‘out of the body’. Click here to read a more detailed account of how psychotropic drugs act on the brain.

Doctors will sometimes reject any suggestion that psychiatric drugs can be addictive. As far as the technical distinction between dependence and addiction is concerned, this is correct. However, it would be misleading if the assertion that psychiatric drugs ‘are not addictive’ was used to imply either that the drugs are without risk, or that they cannot lead to dependence. For some people, dependence can be a result of using antidepressant drugs exactly as prescribed.

How many people will suffer withdrawal effects when coming off antidepressants?

There have been only a small number of research projects looking at the number of people reporting withdrawal when coming off antidepressants. In a recent UK survey undertaken by Professor John Read and Doctor James Davies, 56% of people experienced withdrawal effects, with 46% of those describing the effects as severe. Many factors influence the likelihood of withdrawal including the length of time on the drugs, the dosage taken, the age of the person taking them and whether other prescribed or street drugs are also involved. A wide range of experiences are reported between those who can come off relatively easily with mild, short-lived symptoms, to those who experience protracted withdrawal lasting many months or sometimes years.

What are recommended tapering speeds?

The time taken to taper from psychiatric drugs is highly variable and dependent upon many factors and personal preference. Professional groups often recommend very short tapers, in the range of four to six weeks, but feedback from those with lived experience is that longer, more gradual tapers are preferable when aiming to minimise withdrawal effects. Recent research is providing evidence that tapering will often need to be months to years rather than days to weeks. You can read more in our withdrawal protocols document.

A review of the evidence for antidepressants in short-term use, their adverse effects, and their impact on long-term outcomes.

Reviews of the scientific literature on antidepressant withdrawal including discontinuation syndrome.

An examination of the available guidance on antidepressant withdrawal from both professional and lived experience perspectives.

Göran Högberg has developed a useful checklist for suspected side effects of psychiatric drugs. Open a PDF copy or download in Microsoft Word format.

Lingering Side Effects of Quitting Antidepressants

Jane Tholen - September 13, 2019 15
Nobody told me what it would be like when I first stopped taking antidepressants. The worst is definitely over, but I’m still experiencing some lingering side effects. When the hyper-arousal to sights and sounds kicks in and my head starts buzzing, I’ve learned some ways to cope.

Derek Blumke - September 27, 2019 26
I’m alive. More than 30,000 veterans in the past decade alone are not. I was not warned of the risks of this drug. I was not told that once on it, I might never be able to get off it, or the nightmare that would ensue when I tried. I know millions of others were not told either.

Kelly Brogan, MD, ABIHM - November 2, 2019 5
Published in the peer-reviewed journal Advances in Mind Body Medicine, this case series is the first of its kind to document the methodology employed in the successful discontinuation of a range of psychotropic medications, with holistic support interventions providing long-term mood support.

James Moore - June 12, 2019 39
My heart goes out to anyone experiencing withdrawal, but especially those who are so ill they can’t work and are struggling to navigate a heartless and cynical ‘benefits’ system. Their only crime is to have experienced difficulty from a prescribed treatment, yet they are treated as medical pariahs.

James Moore - March 7, 2017 1
Claire shares her powerful story of being prescribed antidepressants at the age of 16 and her experiences of trying to withdraw., describing how she tapered gradually over 2 years, but went on to experience SSRI discontinuation syndrome

James Moore - June 24, 2017 0
Holly Higgins shares her experiences of the psychiatric system and psychiatric drugs, how she approached withdrawal from the drugs and talks about how she became a nutritional therapy practitioner.

James Moore - May 8, 2017 0
Megan talks about her experience with anxiety and insomnia, her attempts to withdraw from her medications and how she approached her tapering more carefully to minimise withdrawal effects.

James Moore - January 25, 2020 27
An interview with Wendy Dolin who talks about the work of MISSD, the Medication-Induced Suicide Prevention and Education Foundation in Memory of Stewart Dolin, a non-profit founded to raise awareness of the tragic consequences of drug-induced akathisia.

Rxisk – maintains a searchable database of adverse effects of prescription drugs that have been reported to the FDA in the United States, Health Canada, and to RxISK.

Surviving Antidepressants – Volunteer-led peer-support for tapering off psychiatric drugs and for withdrawal syndrome and tips about coping with symptoms.

Will Hall’s Harm Reduction Guide to Coming Off Psychiatric Drugs.

Paroxetine Paxil Seroxat SSRI Withdrawal – formed to help and support those in need of help coming off of the SSRI (selective serotonin reuptake inhibitor) known by the name of PAXIL, SEROXAT or generically as PAROXETINE.

Mirtazapine (Remeron) – Withdrawal + Support Group – created as an extra form of support (other than that of your own personal medical health care team) to help make you feel better whilst on your experience with Mirtazapine (also known as Remeron).

Sertraline, side-effects and withdrawal symptoms – Following some very distressing personal experiences we have decided to form this group so that people who are prescribed this medication can discuss how it has affected them both on and withdrawing from this drug. 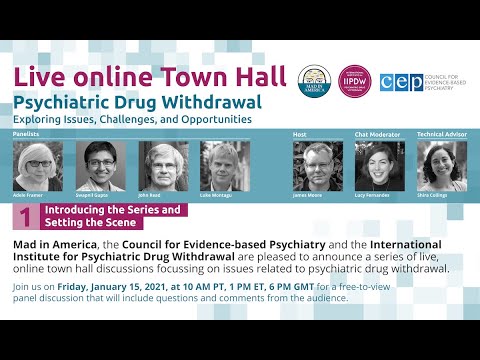 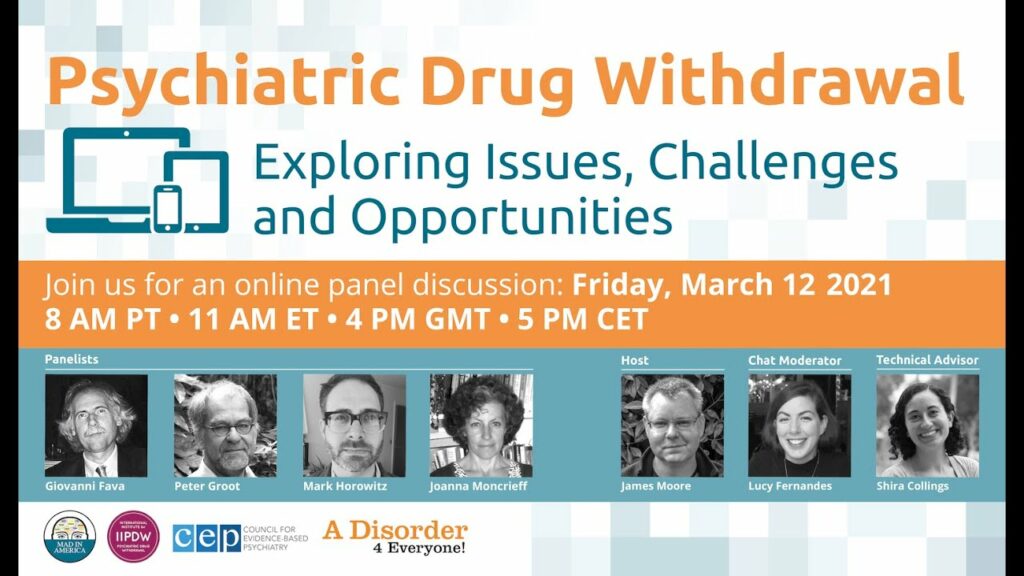 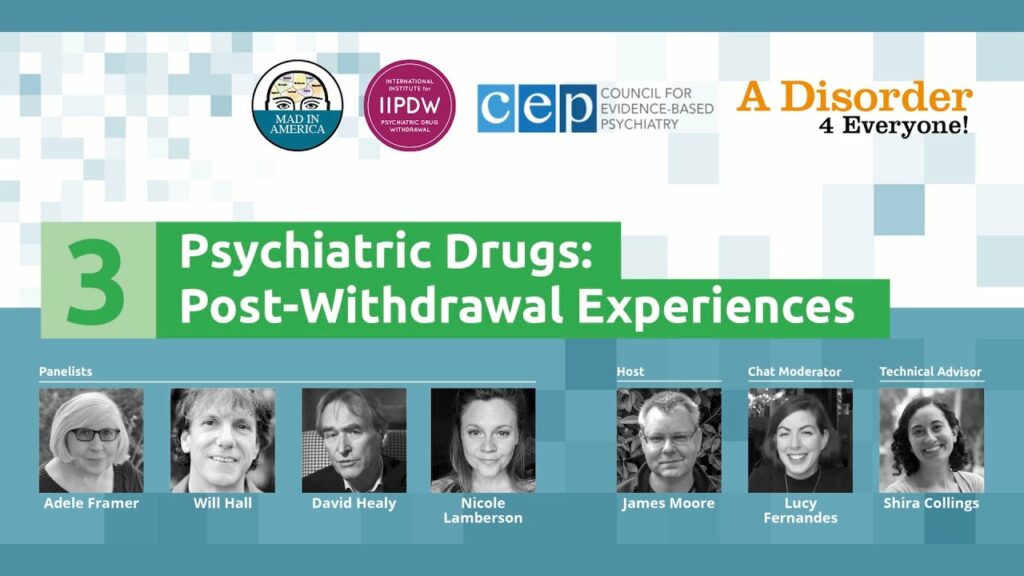 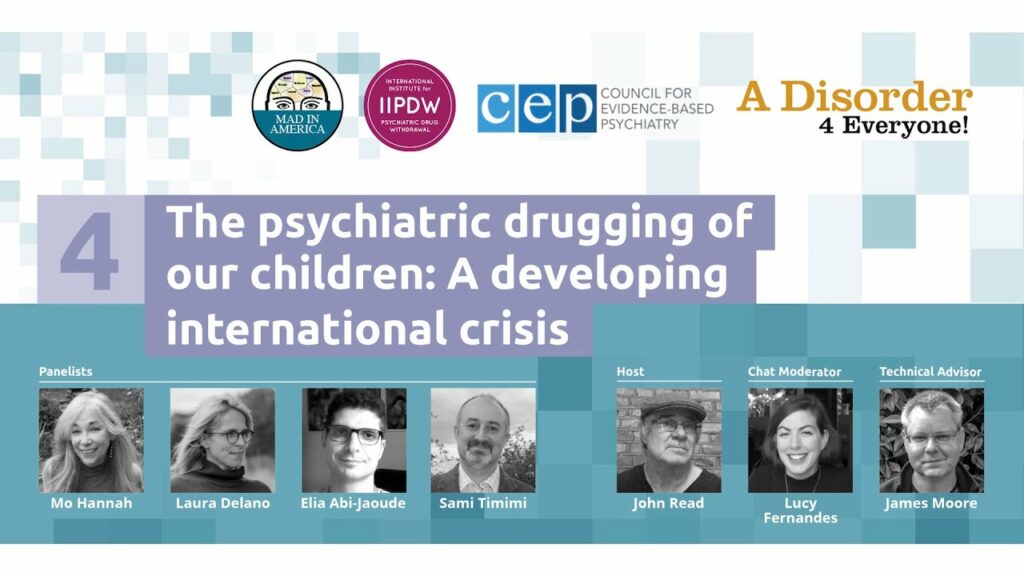