The following was written last week when I heard of the suicide of Sara Penrod, a 28 year old woman living in Northampton, Massachusetts. I didn’t know her well, but she came to two of my workshops on coming off psychiatric drugs, and she was brilliant, well spoken, passionate and had well earned wisdom that many of us psychiatric survivors have about how the system works. She had been on and off psych drugs for years (since childhood) and, if I remember correctly, she had gotten off of most of them but was still on a psych drug or few and several drugs for other health conditions. 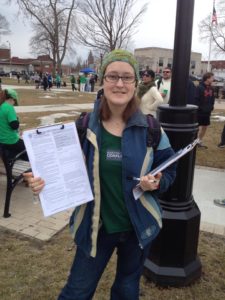 Hearing about her suicide last week brought me into a deeply silent and reflective place, in part because the few things I knew and saw about her reminded me of myself when I was 22 and a Windhorse client, though there are many differences as well. She was a Windhorse client and, like me, had been going through a lot of run around between psychiatry and general medicine. Like me, she had digestive issues, though hers were much more severe. She had also been on psychiatric drugs starting from an earlier age, and for a longer time. Still, her death had a flavor of reminding me of “what could have happened to me” if I hadn’t been lucky enough to get off of a 7 drug cocktail and connect with a freer life. Reading Sara’s Facebook wall after her death, it is clear that she had many admirers and was very well loved.

Here’s what I wrote right after I heard of her passing:

Sara Penrod’s death is a lot like what would have happened to me if I hadn’t found the Freedom Center 10.5 years ago, if it weren’t for Will Hall, Oryx Cohen, and the others at those support groups who listened, validated, believed in me and understood. Ten years ago, in December of 2004, I completed my process of coming off of Ambien, which was the final psych drug in my cocktail. I was still on a thyroid drug, which I had never needed, and Prevacid, which caused me more stomach acid problems. I got off of both of these a few months later.

When I was entirely off of the neuroleptic, benzo, SSRI, SNRI, sleeping drug, azapirone (had to look that one up-it’s the class of drug Buspar falls in) cocktail, I sent out an email to the Freedom Center list and right away got back messages of congratulations. After spending 2 years mostly bedridden and taking those years off from college, I was back at Hampshire to complete my degree. The semester had been difficult and it was hard for me to write and think clearly until I was off of the drugs.

It was such a disorienting and lost time for me, while on the other hand I felt a spirit pulling me along. I was still in an altered state from the psych drugs a lot of the time. I still felt very disconnected from the Earth. I often went into states of being in another plane entirely, feeling as if I were dead-not in a negative way per se, but completely disconnected and non-attached to things in this world. I wasn’t hungry for anything. It seemed like some form of enlightenment and utter transcendence that I hadn’t even been trying to achieve, that was so far away from any kind of ordinary reality I had ever experienced.

Looking back, I can see that these few years of being sick on psych drugs, I was going into this altered state all the time. I imagine it is a state similar to states of being of people who are old and dying as their bodies gradually stop functioning well enough to live. I didn’t care about anything; I was floating on clouds. Writing about this 10 years later with a pretty healthy body here in San Francisco, I feel connected to that state of “being” again. It feels like some part of myself I will connect to once I do die and depart from this body.

Hearing about Sara Penrod’s death today gave me the chills. She was a client at Windhorse, and similar to me, going through so many hoops of doctors, medical care, physical illness, psych drugs, other pharmaceuticals. I was a young person on a whole cocktail of things who no longer had the ability to manage my own life, and I wonder if this was, in part,  true for her too. 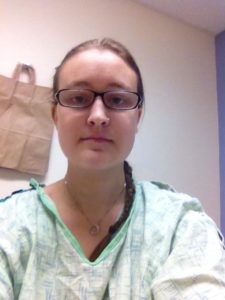 I’m writing a book, which is one I’ve been writing for a long time; one I started even before I went through the mental health system in such an extreme way. With this book I hope to shine a beacon of light and possibility for people like me and Sara and countless others. After my experiences, especially those that felt like near death experiences, I knew I had to write about these things and share them with others. This week I launched an indiegogo campaign for my book with both the hopes of having the resources to complete it and have it professionally edited as well as to raise awareness about these issues with the campaign itself. On day two, the campaign has already been shared on Facebook over 100 times and many people have come out of the woodwork to share their own stories, the stories of their loved ones and their appreciation for the stories and perspectives of the psychiatric survivor movement. Please consider sharing the link and donating whatever amount large or small feels right to you. I also created a Facebook page which you can “like” to receive updates and read some important conversations.

The cool thing about this campaign is that so many of my friends and comrades are sharing it, and then it is reaching so many more people. There’s something about it that is causing it to start to go viral more quickly than anything I’ve written or done before, and new people who haven’t known much of our movement before are finding us.

The night I launched I lay in bed and said a prayer. One I’ve said so many times before: may all beings, who wish to, be free from psychiatric drugs. I added, May this campaign help spread a message of hope to every single individual who is in any way lost in the psychiatric system. And, however “unrealistic,” I will continue to say that prayer with each thing I do, with each word I write.

This musing clearly does no justice to Sara’s life story, (and isn’t intended to speculate on the causes of her death) which I know little about, and hope to learn more of. May her memory be a blessing to all who loved her, and may it inspire us to create more support structures, outside the mental health system, for those who are suffering.