Charles Ornstein at ProPublica reports on how long it took regulators to take action against the top prescriber of antipsychotic drugs in Florida’s Medicaid program. “Questions about the doctors’ prescribing were first brought to light by Ken Kramer, a private investigator in Clearwater, Florida, who runs a website that compiles public records on psychiatrists. He complained to Florida’s Medicaid fraud unit in 2007 that Mendez-Villamil appeared to be prescribing a disproportionate amount of the antipsychotic Abilify to children.” 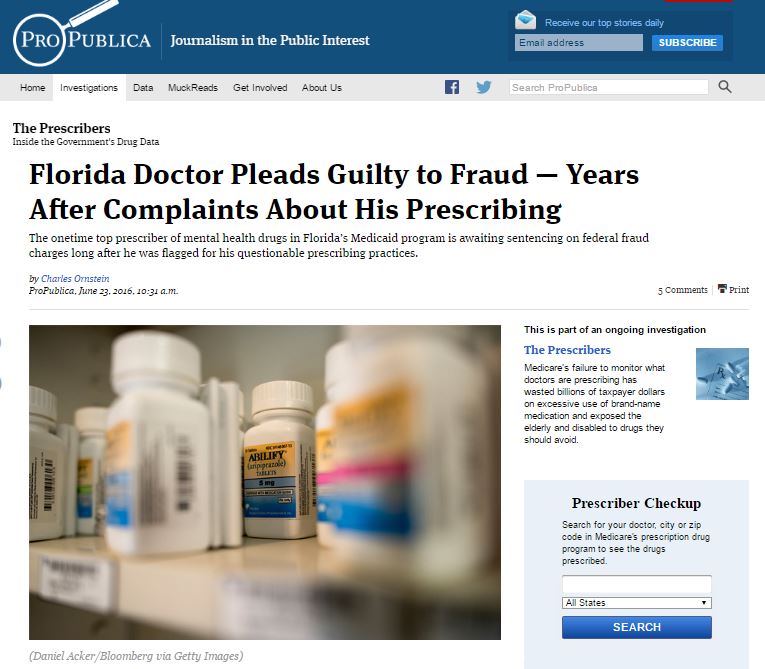