From The Chronicle of Higher Education: The classical view of emotion, which asserts that emotions have distinct and universal facial expressions, bodily patterns, and brain circuitry, is largely based on misinterpretations and falsehoods.

“…the most likely reason that the classical view persisted, I believe, is that it’s not just a view of emotion. It also represents a compelling story of what it means to be a human being. It says that you are an animal at the core, at the mercy of automatic emotions that you regulate by that most human of abilities, rational thought. This view of human nature is deeply embedded in society. It’s in the legal system, which distinguishes between calculated crimes, such as first-degree murder, and crimes of passion, in which your emotions “take you over” and you are partially absolved of responsibility. It’s in economics, forming the foundation of theories about rational and irrational investors. It’s in health care, as autistic children are taught stereotypical facial poses ostensibly to help them recognize emotions in others. It’s in stereotypes of men versus women, in which women are believed to be innately more emotional than men.” 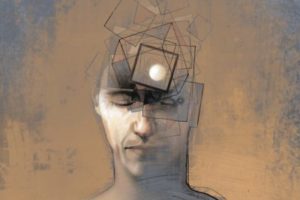