In this piece for Aeon, Kate Fehlhaber investigates why some people are overconfident in their knowledgeability and skills, despite holding inaccurate beliefs or being less competent than they think.

“Sure, it’s typical for people to overestimate their abilities. One study found that 80 per cent of drivers rate themselves as above average – a statistical impossibility. And similar trends have been found when people rate their relative popularity and cognitive abilities. The problem is that when people are incompetent, not only do they reach wrong conclusions and make unfortunate choices but, also, they are robbed of the ability to realise their mistakes. In a semester-long study of college students, good students could better predict their performance on future exams given feedback about their scores and relative percentile. However, the poorest performers showed no recognition, despite clear and repeated feedback that they were doing badly. Instead of being confused, perplexed or thoughtful about their erroneous ways, incompetent people insist that their ways are correct. As Charles Darwin wrote in The Descent of Man (1871): ‘Ignorance more frequently begets confidence than does knowledge.’” 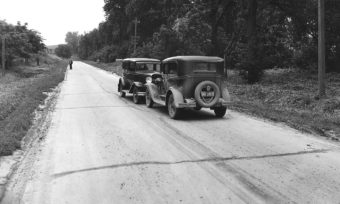