A new meta-analysis claiming to prove once and for all that antidepressants are an effective treatment for moderate to severe depression was published just a few days ago in The Lancet. Several critical psychiatry researchers and advocates have now published critiques of the study, arguing that the results do not account for the long-term effects of antidepressants, adverse reactions, or withdrawal symptoms. Click below to read some critical perspectives on the new research.

Do Antidepressants Work? The New Research Proves Nothing New by the Council for Evidence-Based Psychiatry

“The trials only covered short-term antidepressant usage (8 weeks) in people with severe or moderate depression. Around 50% of patients have been taking antidepressants for more than two years, and the study tells us nothing about their effects over the long term. In fact, there is no evidence that long-term use has any benefits, and in real-world trials (STAR-D study) outcomes are very poor.”

I Was Like a Numb Zombie on Antidepressants by Annie Corcoran

“The study exhibits a narrow view, which I find particularly scary. Even if you are lucky enough to feel better after taking the pills, medication is only a very small part of the battle. For example, if you broke your leg, you wouldn’t expect it to just heal because it was in a plaster cast. To get it healthy again you would expect to be provided with crutches and most likely some form of physiotherapy.”

More Drugs Are Not the Answer by Peter Kinderman

“We know drugs can raise our moods. That’s important. It may be something we want to contemplate when considering help, but it doesn’t really change a great deal. In particular, this research doesn’t speak of what the experience of depression actually is. Nor does it explore the disease model of mental health or offer insights into the causal processes that might lead people to be depressed. It’s important – at least in my opinion – to remember that, even when medication can help alleviate distress, that is not necessarily evidence that a biological disease process lies behind our mental health problems. We know that our mental health is intimately related to the things that happen to us, the circumstances of our lives, and how we make sense of this.” 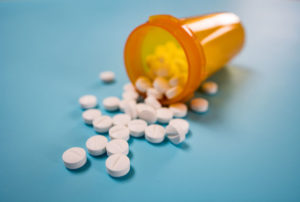