Do you remember the first time you were told you were
Broken, by a man with a clipboard and argyle tie?

And though no electrodes were taped
To the sides of your skull, there might as well have been.

There’s a new one taped there in every glance strangers shoot
Like arrows; they’ll never be archers, but they might as well have been.

When the TV glows, there’s a weeping sound from every side
Of the story newscasters aren’t supposed to see

(They want to talk about blood, about threads snapped,
They want to let the world know what insanity is/n’t)

Another anguished cry, another fist through drywall, another papercut
Added to the canyons already in your skin that bled, healed, bled again–

Reopened by words; each tally mark on the walls of your childhood
Bedroom look like claw marks now, and why wouldn’t they?

I, too, have been to that cemetery, plunged hands in wet soil
Others would call a garden, plant flowers instead of headstones. 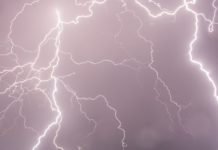 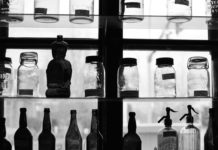 The labels… by Clare-Star Knighton