The song “How Long a Time,” posted below, tries to capture the emotional sentiments and righteous anger of millions of people around the world who have been harmed by psychiatry and an oppressive disease/drug-based “mental health” system. This is a system in which psychiatry, in collusion with Big Pharma, wields enormous power within our entire society. This is a power that seems to be growing stronger by the day, and shows little evidence that it is being weakened by a rising backlash of fact-based science and endless personal stories documenting abuse that have been published over the past several decades.

My song raises the vital question: “How Long a Time” will it take for human beings to be free from all forms of psychiatric abuse? Perhaps a more important question to ask would be: what specific changes have to take place in the world for it to be possible to fully eradicate all the harmful psychiatric labeling and drugging of people, and any form of forced hospitalization and/or so-called “treatment,” such as electroshock (ECT).

Take a few moments and listen to the song posted below, and then we will explore this important question.

Recent blogs at Mad in America have expressed strong feelings of frustration and anger at how few changes have taken place in the world that actually weaken the power and harm done by psychiatry and their medical model. Many people can’t understand why so little has changed despite an important growth in the number of legitimate scientific and political exposures of the various forms of psychiatric abuse. Many would say we have a significant base of expert witnesses who are well credentialed, combined with a growing number of articulate psychiatric survivors testifying to a horrible reality often confronted in today’s “mental health” system. Despite all this accumulating evidence, the so-called “house of cards” erected by psychiatry and Big Pharma shows no signs of eminent collapse. If anything, this oppressive medical model only seems to be growing in power and influence.

Some bloggers have discussed issues of activist “burnout” (see MIA blog “Painted Boxes: Death of an Activist” here), and many others are settling for a slow reformist approach to trying to change major human rights violations. Let’s take a cold hard look at the reality we face in our efforts to end all forms of psychiatric abuse. We CANNOT make any serious change, or develop a successful strategy moving in this direction, unless we know exactly what we are up against in our efforts to transform reality. This is especially true when examining the specific changes that have occurred in the evolution and growth of biological psychiatry over the past five decades.

Here are the Ten Cold Hard Truths we must ALL confront in our organizing efforts. If we fail to understand and grasp these truths we will ALL be susceptible to “burnout” and/or a slide into dead-end reformist type strategies that will only derail our efforts to reach the day when we can truly end all forms of psychiatric abuse.

1) Psychiatry and psychiatric abuse has evolved and changed over the past five decades. It’s always been oppressive, but it has grown exponentially in power and in the depth to which it has penetrated every pore of our society.

2) Psychiatry, and its collusion with Big Pharma, has become a highly profitable business, with the pharmaceutical industry achieving some of the highest rates of profit in the entire capitalist system, and it is now a critically important pillar of the entire U.S. economy.

3) Over the past five decades, with the growing numbers of people labeled and drugged within our society, the ruling class (defending and preserving the status quo by any means necessary) has learned to understand the valuable role that the psychiatric medical model can play in disabling (with labels and drugs) the most potentially volatile sections of society that have traditionally been more rebellious — minorities, prisoners, women, disenfranchised working class youth, and other system outliers.

4) Psychiatry and their medical model promote pseudoscience and “genetic theories of original sin” which are very useful for those wanting to desperately preserve the status quo. It refocuses people’s attention away from changing the inherent inequalities and daily traumas present within a class-based system, and makes people focus on individual, and/or so-called “genetic,” flaws in human nature.

5) In the post 9/11 world, the intensity of worldwide struggles and contradictions have increased the need for those in power to maintain control of any type of opposition forces or movements that are aimed at shaking up major institutions. Psychiatry (and its ability to incarcerate and drug someone with a mere signature of a pen) has the political and police power in society that only the executive branch of government can rival. In these intense times, allowing psychiatry to maintain this power is very useful to those resisting political upheaval and trying to preserve the status quo.

6) The economic, political, and social role of psychiatry (and their entire “mental health” paradigm) has now become INSEPARABLY BOUND to the future of the entire capitalist/imperialist system. In the final analysis, it does not fundamentally matter how much we expose the faulty science and oppressive forms of treatment and build resistance in numbers, psychiatry and their medical model has become TOO BIG AND IMPORTANT to be allowed to fail in the current order of things.

7) None of my above conclusions mean we should not build struggle and resistance AND/OR alternative forms of support systems for those who need help. These are all important ways to expose these forms of human oppression, educate broader numbers of people, bring more people into resistance against the status quo, and save some people along the way. BUT there will be no FUNDAMENTAL type of change in what we all abhor until we grasp the necessity of moving on to a new historical era where a profit-based system is replaced by a more humane form of socialism.

8) Therefore, we must find a way through ALL our organizing and transformative work to link the day-to-day struggles with the broader struggle to make bigger systemic and institutional change on a world scale. Anything short of this approach will ultimately lead to the types of demoralization and burnout described in numerous blogs published at MIA.

9) Fighting “the good fight” on the broader levels I have just described is NOT easy, and it can also lead to demoralization and burnout. But at least this strategic approach represents a more realistic and truer picture of what we are actually up against, AND what it will actually take to have a chance of reaching our goal of a world free of all forms of psychiatric oppression.

10) Similar to the conclusions drawn from the environmental movement, we CANNOT save the planet from inevitable worldwide catastrophe WITHOUT major systemic change happening eventually across the entire planet. The same holds true when looking at psychiatric oppression. It may all sound too big to some people reading this, but it is a “Long March” that is worth starting now. We can all do our part by marching forward with our heads and eyes FULLY raised and looking forward toward an achievable and worthwhile “prize” — a world free of all forms of human exploitation, including psychiatric abuse. 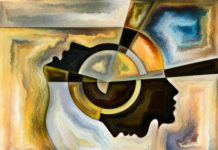 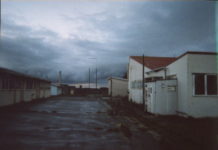 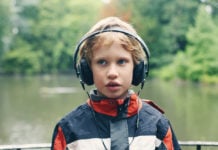