From Medical Xpress: “A key ingredient in common antidepressants such as Prozac could be causing antibiotic resistance, according to new University of Queensland research.

Dr Guo said while overuse and misuse of antibiotics is generally considered the major factor contributing to the creation of ‘superbugs’, researchers were often unaware that non-antibiotic pharmaceuticals could also cause antibiotic resistance.”

‘It has previously been an invisible factor in the spread of antibiotic resistance, but we should consider this a warning.

‘Further work is required to investigate effects of fluoxetine on antibiotic resistome in human gut microbiota.’

Antimicrobial resistance has become a major threat to public health globally with approximately 700,000 people a year dying from antimicrobial-resistant infections.

This is predicted to reach 10 million people by 2050 unless global action is taken now.” 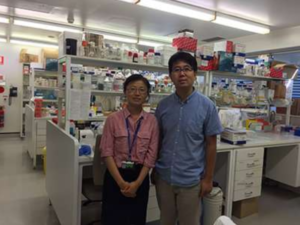