From Verso Books: “I recently read an interview of Freud’s last living patient, Margarethe Walter, in which I feel Freud goes some way towards redeeming himself. In this case, Freud demonstrates what it truly means to be an excellent psychoanalyst […] As Arlene Kramer Richards has argued, ‘Sigmund Freud invented psychoanalysis as the art and science of listening. He was a listener who tried to hear and worked hard at making sense of what he heard [.]’

As Margarethe further put it:

‘Sigmund Freud was first person in my life who really listened to me emphatically, who wanted to find out and learn something about me, the one who truly listened. He looked at me without interruption, he looked at me, and his active empathy surrounded and contained me.’

On a larger scale, listening to others and acknowledging their voices allows for recognition by the wider socio-symbolic framework in which we are all embedded, or what Jacques Lacan termed the big Other. This recognition is crucial for the ontological constitution and security of the subject. As Linda Belau succinctly argues, ‘[…] there is no ontological existence prior to recognition in the Other.’ A subject cannot come into existence proper without an interlocutor, and vice-versa. Slavoj Žižek has made this point in relation to Primo Levi’s nightmare, as described in the book The Drowned and the Saved, in which Levi attempts to recount to his family the horrors of Auschwitz and his life in the camp. In the nightmare, his family members eventually yawn and one-by-one, get up and leave, leaving him alone. Here, as Žižek argues:

‘[…] there is no proper public, no listener adequate to receive the witnessing […] In Lacan’s terms, what is missing here is not only another human being, the attentive listener, but the “big Other” itself, the space of the symbolic inscription or registration of my words.'” 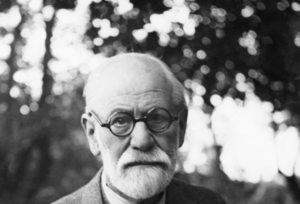