From ACEs Too High News: “In July, medical residents in family medicine at Kaiser Permanente in San Jose, CA, began screening adult patients for adverse childhood experiences (ACEs). But it’s an ACE survey with a twist: it’s shorter, not the 10-question survey of the original CDC-Kaiser Permanente ACE Study, according to Dr. Kathryn Ridout who is leading the pilot along with Dr. Francis Chu and Dr. Alec Uy.

What are the conversations that residents have with their patients after they’ve filled out the screen?

‘That really varies,’ says Ridout. ‘We have scripts that say: “Thank you so much for sharing. Would you be interested in tools to show you how these experiences could potentially impact your health, and also to build skills that might help modify the health risks associated with these experiences of ACEs?”‘

But, Ridout says, several residents have reported conversations beyond the scripted statements. ‘Some residents have shared that they had really impactful discussions with their patients that helped deepen the doctor-patient relationship, and helped bring a joint meaning into the practice where they feel a connection with patients on another level.’

‘I think we all didn’t go into medicine to prescribe another betablocker, or regulate blood sugar. While those things are important — and that is our role — I think it’s the connection with the patient that really draws most of us to medicine,’ she says. ‘And I think this ACEs screening tool helps facilitate that.'” 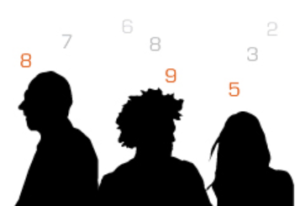