From MedPage Today: “AUSTIN, Texas — More than a dozen states have passed laws banning ‘conversion therapy’ for minors who are gay, and more may be on the horizon, researchers said here. […]

An estimated 698,000 adults, ages 18-59, have received conversion therapy, and about half received their treatment as adolescents, the authors noted. The therapy uses cognitive approaches such as reframing desires and redirecting certain thoughts, as well as aversion therapy such as inducing nausea or vomiting, using electric shocks, or snapping an elastic band placed on the wrist during same-sex arousal. The therapy is usually directed at people with conservative religious beliefs and those who have experienced distress around their attraction to members of the same sex.

Several cases contesting states’ bans on conversion therapy have not been successful, the researchers pointed out. In a case challenging the California law, a federal court ruled that ‘prohibiting psychotherapists from practicing [conversion therapy] on minors is rationally related to the state’s legitimate interest in protecting minors.’ In New Jersey, which also passed a ban, a different federal court said that the state statute banning conversion therapy ‘directly advanced the government’s interest in protecting clients from harmful services.’ The Supreme Court declined to hear either case.

‘Conversion therapy has been shown to be not only ineffective — based on empirical evidence — but also has been shown to be harmful, especially for minors … who may be forced into it by their parents,’ said Hiller. ‘Lesbian, gay, and bisexual minors in particular are [already] at risk for negative mental health outcomes, such as suicide, depression, and anxiety, and when you add on top of that either being willing to go into conversion therapy or being coerced into it, it’s a recipe for disaster.'” 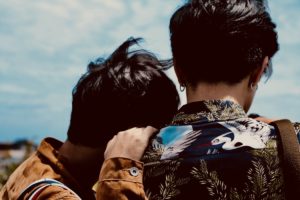