From The Washington Post: “…many patient advocates cheered when the FDA announced in November that it planned to make ‘transformative’ changes in the way more than 80 percent of medical devices are cleared for sale in the United States. Some 32 million Americans walk around with such products in their bodies.

But the promised transformation is mere window dressing. Two key loopholes still exist, allowing most products to be approved for sale without clinical trials in humans. Although the FDA insists that high-risk devices undergo ‘stringent’ testing to win approval, few actually do. A recent study, for example, found that only 5 percent of the highest-risk implantable cardiac devices were subjected to clinical trials on par with the testing required for drug approval. […]

Part of the problem lies in whom the agency believes it serves. At a recent meeting in Utah, the FDA’s device director repeatedly referred to manufacturers as the agency’s ‘customers‘ and showed a slide proclaiming ’90 percent customer satisfaction.’ Another slide documented the agency’s shorter and shorter approval times over the past eight years. These might not be the priorities of patients and taxpayers if they knew how often devices go on to harm people.

The FDA has become a captive agency. In 2007, Congress passed the Medical Device User Fee Amendments (MDUFA), which requires manufacturers to pay for device approvals. (Similar legislation, the Prescription Drug User Fee Act, directs money from drug companies to the FDA.) By 2018, 35 percent of the FDA’s budget for regulating devices came directly from the companies that make them. Zuckerman says that to continue collecting user fees under the MDUFA, the agency has to meet ‘performance goals’ for faster approvals — leaving less time to evaluate products before they go on the market. It’s an inherent conflict of interest exacerbated by the revolving door of directors and commissioners who come from industry to the FDA and then go back.” 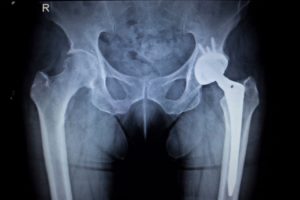