From RxISK: “On May 31, 2019, we received the following message from EMA [European Medicines Agency]:

On Thursday 16 May, PRAC [Pharmacovigilance Risk Assessment Committee] concluded that sexual dysfunction, which is known to occur with treatment with SSRIs and SNRIs and usually resolves after treatment has stopped, can be long-lasting in some patients, even after treatment withdrawal. In addition to the patient reports provided, PRAC also assessed data from the published literature, clinical and non-clinical studies, as well as data gathered by the marketing authorisation holder in its safety databases and reports collected through the Eudravigilance database.

Based on this data it is currently not known how long these symptoms can persist, and the issue will continue to be closely monitored.

EMA’s public statement is now available on the above link.

Many would argue that it doesn’t go far enough. It’s a long way from the warnings we requested in the petition. Nevertheless, it’s a step forward. It means that for the first time, patients who are newly prescribed an SSRI or SNRI will, if they read the product information, be warned about the risk of long-term sexual dysfunction even after discontinuation of the drug.

While there was no warning for the many people who’ve already had their lives altered by PSSD and PGAD, one of the concerns many of those who have been affected have had is the impact on others – they don’t want this to happen to anyone but especially children, teenagers, and young adults.” 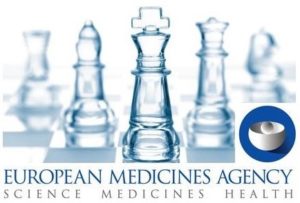