From Scientific American: “For years I have ranted about the flaws of medicine, especially when it comes to mental illness and cancer. But my complaints are mild compared to those of Jacob Stegenga, a philosopher of science at the University of Cambridge.

In Medical Nihilism, published by Oxford University Press, Stegenga presents a devastating critique of medicine. Most treatments, he argues, do not work very well, and many do more harm than good. Therefore we should ‘have little confidence in medical interventions’ and resort to them much more sparingly. This is what Stegenga means by medical nihilism. I learned about Medical Nihilism from economist Russ Roberts, who recently interviewed Stegenga on the popular podcast EconTalk.

Skepticism toward medicine, sometimes called ‘therapeutic nihilism,’ was once widespread, even among physicians, Stegenga notes. In 1860 Oliver Wendell Holmes, dean of Harvard Medical School, wrote that ‘if the whole materia medica, as now used, could be sunk to the bottom of the sea, it would be all the better for mankind—and all the worse for the fishes.’

Such cynicism faded with the advent of anesthesia, antiseptic surgical techniques, vaccines and truly effective treatments, notably antibiotics for infectious disease and insulin for diabetes. Stegenga calls these latter two ‘magic bullets,’ a phrase coined by physician/chemist Paul Ehrlich to describe treatments that target the cause of a disease without disrupting the body’s healthy functions.

Researchers have labored mightily to find more magic bullets, but they remain rare. . . Many ‘widely consumed’ medications are ‘barely effective and have many harmful side effects,’ Stegenga writes. Examples include drugs for high cholesterol, hypertension, type-two diabetes and depression.

Stegenga warns readers not to stop taking prescribed medications without medical supervision, because abrupt cessation can be risky. But our health will improve and our costs shrink, Stegenga contends, if we resort to treatments much less often. As Hippocrates once said, ‘to do nothing is also a good remedy.'” 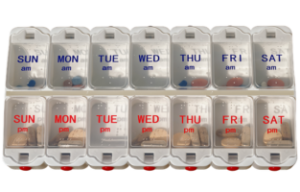