From NBC News: “The opioid crisis has grown too big for anyone to ignore, on the left or the right, as the devastation unfolds on the nation’s streets every day: Drug users are overdosing in public bathrooms, on the sidewalks and in their cars; dirty needles litter the streets; and emergency rooms and first responders operate on overdrive as bodies pile up. Public health advocates in several cities want to establish a simple but radical intervention to prevent more deaths: Establish a clean, quiet room to allow people to use drugs in a safe, regulated environment under sober supervision without fear of arrest.

But some politicians would rather allow drug users to die all around us than protect their lives by allowing them to use in a safe space.

Though tackling unsafe injection drug use is widely recognized as critical to curbing the epidemic — opioid-related overdose deaths have been soaring for the last several years, reaching about 47,600 in 2017, with about one-third caused by heroin and many more caused by synthetic opioids — harm-reduction advocates have been unable to open a single safe injection site anywhere in the U.S. Efforts in San Francisco, Seattle, Philadelphia and New York City to establish the facilities have made some headway with local policymakers. But the Trump administration has waged a legal war on safe injection sites, seemingly viewing them as modern-day dens of iniquity . . .

A safe injection site is the next logical step in confronting the reality of the opioid epidemic. The growing number of people who have been personally exposed to the crisis through friends or family members understand the difference between celebrating drug use and providing a supportive space for individuals in crisis. Within the walls of a safe injection site, people don’t just get protection from an overdose; they regain, at least momentarily, the dignity of safety and self-respect.” 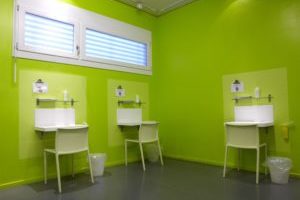