From the American Psychological Association “Speaking of Psychology” podcast: “Recent mass shootings have inevitably led to news reports of the suspected shooters’ mental health, but psychological research shows there is no clear link between ‘mental illness’ and violence. In this episode, clinical and forensic psychologist Joel Dvoskin, PhD, talks about the misconceptions surrounding mental illness and violent behavior and how basic prevention efforts could help stop future violent events.

Joel Dvoskin: . . . The politicians have an unfortunate tendency to react to what is most publicized and also to react to anecdotes as opposed to solid research . . . so stigma, which is sort of a collection of myths and stereotypes, tends to guide public policy far too much and, as I said, much of it is incorrect.

So, we end up with policies that people tout as saying ‘we did something’ but, in fact, it’s either not helpful or in some cases counterproductive. And we’d be far better off as a country if instead of relying on stigma people were encouraging really good research about how to reduce gun violence rather than just react to these extreme cases and the stigma and myths and stereotypes . . .

If a person ‘has schizophrenia,’ the likelihood that they will kill a stranger has been estimated, according to research, at one in 144,000. So, it’s popular for politicians to say ‘Oh, I did something.’ The myth is you have to be ‘crazy’ to do something like this. So retrospectively, you look at people and you say, wow, this obviously – that guy should have been branded. But the truth is that most of the people, even of these anecdotes . . . had not been identified as ‘seriously mentally ill’ [and] wouldn’t have been on the list anyway . . . So for the most part, it’s stuff that’s easy to sell as to say ‘I did something really important.’ But alcohol accounts for a great deal more violence than ‘mental illness’ does.

. . . We know that all human behavior is an interaction between a human being and the circumstances or situations in which they find themselves. And it’s very difficult to predict the situations that a person is going to be in in the future. We think that a better strategy is when you become aware of a person who is either uttering or posing threats, is then to look at the person in the context of the situation they’re in and make recommendations to intervene and change that situation.

Steve Hart, one of my colleagues and friends, calls these ‘risk scenarios’ – is under what circumstances would this person be likely to harm somebody. That’s much more helpful than saying ‘this guy’s a high-risk person’ based on these sort of all-or-nothing determinations . . .

When you do risk assessment, risk assessment by itself isn’t very important. What matters is the steps that are taken as a result. So that could be . . . intervening in the situations, it could be skill teaching for people. The goal is to no longer call people names, it’s to actually prevent violence.

. . . In my opinion, the most important role of the public mental health system in preventing violence is not related to the ‘treatment of serious mental illness’ . . . [it’s] in crisis response. So, when somebody feels depressed, enraged, insignificant, they have access to a firearm, maybe they’re drinking too much that night, maybe they just got fired and so on – it’s like this perfect storm of despair. It would be very important for our system to be able to give that person really competent suicide prevention services in this crisis to give them an alternative to ending their life as a way of ending their psychological pain. 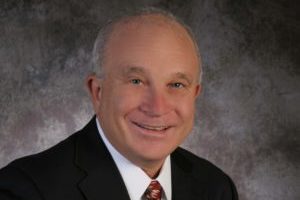