From TED: “We are the loneliest society in human history. There was a recent study that asked Americans, ‘Do you feel like you’re no longer close to anyone?’ And 39 percent of people said that described them. ‘No longer close to anyone.’ In the international measurements of loneliness, Britain and the rest of Europe are just behind the US . . .

. . . I kept thinking, you know: Why did it take me so long to see these insights? Because when you explain them to people — some of them are more complicated, but not all — when you explain this to people, it’s not like rocket science, right? At some level, we already know these things. Why do we find it so hard to understand? I think there’s many reasons. But I think one reason is that we have to change our understanding of what depression and anxiety actually are . . . what we’re implicitly saying to people is, ‘Your pain doesn’t mean anything. It’s just a malfunction. It’s like a glitch in a computer program, it’s just a wiring problem in your head.’ But I was only able to start changing my life when I realized your depression is not a malfunction. It’s a signal. Your depression is a signal. It’s telling you something.” 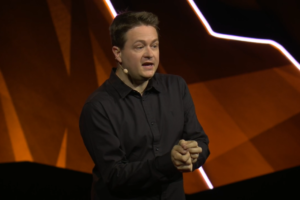