From The New York Times: “Five years after Michigan switched Flint’s water supply to the contaminated Flint River from Lake Huron, the city’s lead crisis has migrated from its homes to its schools, where neurological and behavioral problems — real or feared — among students are threatening to overwhelm the education system.

The percentage of the city’s students who qualify for special education services has nearly doubled, to 28 percent, from 15 percent the year the lead crisis began, and the city’s screening center has received more than 1,300 referrals since December 2018. The results: About 70 percent of the students evaluated have required school accommodations for issues like attention deficit hyperactivity disorder, also known as A.D.H.D.; dyslexia; or mild intellectual impairment, said Katherine Burrell, the associate director of the center.

. . . [A] class-action lawsuit, filed in 2016, accused the city, the county and the Michigan Department of Education of ignoring dismal outcomes that have worsened after Flint’s children were exposed to lead.

The suit accuses the school systems of violating federal and state laws, including the federal Individuals With Disabilities Education Act, by failing to identify students who could qualify for special education services, by failing to provide the mandated instructional services to those who do qualify and by punishing children for disability-related behavior.

Students were denied assessments for education plans or behavioral intervention plans, and then were segregated from their peers, secluded and restrained, repeatedly sent home from school, expelled or arrested, the lawsuit said.

‘The blame for this crisis lies on the state, and instead what we’ve seen is that the children are shouldering the blame,’ said Lindsay Heck, a lawyer at White & Case, a New York-based law firm that has worked on the case pro bono.” 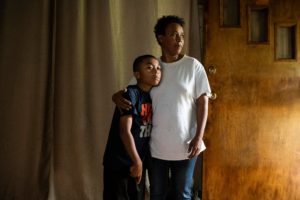