From Science: “‘Bias and spin are incredibly common in the publication of clinical trials,’ says Peter Doshi, a health services researcher at the University of Maryland School of Pharmacy in Baltimore and an editor at The BMJ. He and others have long been concerned about how trial results wend their way to doctors and patients, and whether both groups are fully informed when considering a specific medication. So in 2013 Doshi formed RIAT, which stands for Restoring Invisible and Abandoned Trials. It sought to encourage researchers to obtain unpublished clinical trial information, which would include deidentified patient-level data. With those data in hand, the researchers could reanalyze a trial’s results and publish what they found, which may or may not jibe with the original reports.

In 2017, RIAT received $1.4 million from the Laura and John Arnold Foundation (now called Arnold Ventures), and last year awarded its first grant for clinical trial reanalysis. It provided $150,000 to look at a U.S. government–funded trial of antidepressants in more than 300 teenagers . . .

This week, RIAT is announcing its second and third grants, each for another $150,000; next year, it will award three more.” 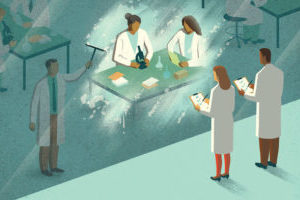