From The Pharmaceutical Journal: “In 2016, after taking antidepressants for two years, patient James Moore realised that they was doing little to abate his emotional distress, so he visited his GP to ask about stopping them.

Moore’s GP advised him to ‘take half a tablet [each day] for a week and then stop completely’, but these instructions had unpleasant consequences — he made repeated attempts to reduce his medication, but was left with ‘insomnia, nausea, panic attacks, dizziness, restlessness and agitation’, which his GP had not warned him about when he initiated the drug.

This experience was just a return of Moore’s original symptoms, he was told. After all, guidance at the time from the National Institute for Health and Care Excellence (NICE), originally published in 2009, stated that symptoms of withdrawing from antidepressants were usually ‘mild’ and ‘self-limiting’ over the course of a week or two.

But Moore did not agree.” 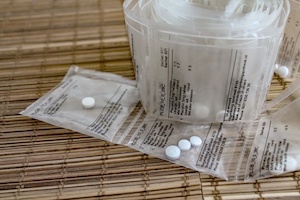