From Psychology Today: “Then came the day I was allowed in to watch, along with some medical students. The psychiatrist asked, ‘Would anyone like to press the button?’ All five stepped eagerly forward. As the old woman’s body vibrated, toes twitching, I left. I found myself in the car park, being sick. I knew nothing of the research about this treatment. I just had, quite literally, a gut reaction that something was horribly wrong.

My next encounter was in my first job as a clinical psychologist in the UK in the 1980s. At a staff meeting, I waited to see if anyone would raise the issue of the man who had died on the ECT table the day before. Nobody did. So I did. The psychiatrist said, ‘That is none of your business and I am personally insulted by your insinuation that we killed him’. When I refused to be quiet I was physically removed from the room. Knowing that his notes read ‘ECT contraindicated – serious heart condition,’ the social worker and I returned in the evening and photocopied that page. As we anticipated, the page soon disappeared from the man’s chart. I tried for two years to get the hospital, the Health Authority, the government, and professional bodies to take an interest in that page and the case. I failed. But I did not forget.” 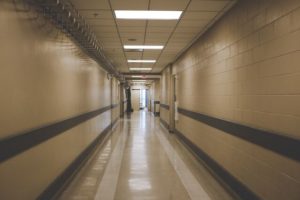