From Aeon: “‘What is called this year “evil” and whatever, next year may constitute the blessing of the human race.’

This brief video essay explores the legacy of the late US psychologist Evelyn Hooker (1907-96), whose groundbreaking studies of homosexuality would help lay the groundwork for the modern gay rights movement. Inspired by her friendship with a gay student she met while teaching at the University of California, Los Angeles in the 1940s, Hooker began to study mental stability in straight and gay male populations. Ultimately, her work revealed that there was no correlation between homosexuality and psychological maladjustment. In 1973, the American Psychiatric Association finally removed homosexuality from their list of mental disorders amid pressure from gay rights activists, who cited Hooker’s pioneering work in their arguments.” 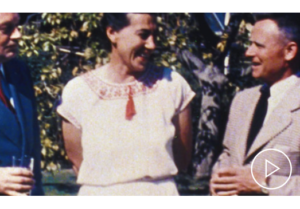