From Psychology Today: “Over the past several years, the APA has made headway in acknowledging its past failures and in resetting its moral compass. Of particular note, in 2015 the association’s leadership overwhelmingly approved a policy that now prohibits military psychologists from involvement with detainees at Guantánamo or other sites that United Nations authorities have determined to be in violation of international human rights law. But for the APA, its members, and the profession at large, these and related steps face ongoing resistance from influential actors with ties to the military-intelligence establishment and defense contractors.

It would therefore represent an important milestone on this fraught journey forward for the APA to now call for the permanent closure of Guantánamo and the just resolution of the legal cases of the 40 prisoners who are still there. Other organizations committed to human rights—ACLU, Amnesty International, Center for Constitutional Rights, Human Rights First, Human Rights Watch, National Religious Campaign Against Torture, Torture Abolition and Survivors Support Coalition, and Witness Against Torture, among others—have already done so. Joining these groups would signal loudly that respect for human dignity and professional ethics had successfully overcome considerations of political and economic expediency at the APA.” 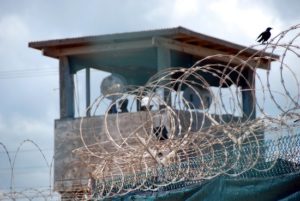