From The Guardian: “As well as a prolonged reduction schedule, the dose of antidepressant needs to be lowered in a way that gradually and evenly decreases its pharmacological effects. It may seem logical to reduce from, say, 20mg a day to 15mg, to 10mg and then to 5mg, and then stop. However, for complex reasons related to something called the law of mass action, such a reduction schedule will produce ever larger reductions in the effect of the antidepressant. Withdrawal symptoms may then get progressively worse with each step down and some people will find it very difficult to stop if using this method.

A dose reduction schedule that looks something like this – 20mg a day, 10mg, 7.5mg, 5mg, and then 2.5mg and even down to 1.25mg and then to 0.625mg – is an example of hyperbolic tapering. It is thought to be the most effective way to reduce the severity of discontinuation symptoms or even avoid them altogether. The difficulty, though, is that it may sometimes be practically difficult to measure the small doses needed at the end of the taper.” 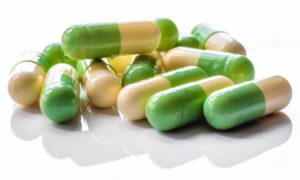