From The Wall Street Journal: Daniel Barron, psychiatrist and author of Reading Our Minds: The Rise of Big Data Psychiatry, is promoting digital surveillance—data captured by smartphones as well as new speech- and facial-recognition technologies—as a means to help “diagnose” and “treat” people. 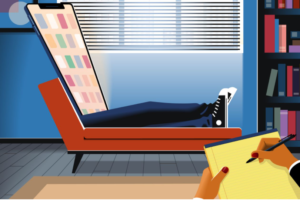