From MindSite News: “When Pierfranco Trincas took up his job as the director of the Barcola mental health center in Trieste, Italy, he took center stage in a battle over the future of a mental health system praised by the World Health Organization and admired around the globe.

The appointment of Trincas on August 1 set alarm bells ringing among supporters of Trieste’s unique system of community mental health, developed in the 1970s by psychiatrist Franco Basaglia, who led a revolution from within against the city’s brutal mental asylum and created a new model to replace it.

Suddenly, it seemed, a program that was a living symbol of the movement for dignity of mental patients and against their routine abuse was giving power to an official who just two years ago was running a psychiatric hospital criticized in official reports for its use of physical restraints and forced treatments.

To many who have been involved in Trieste’s community-based system, it suggested a direct attack on the legacy of Basaglia, whose reforms led to national legislation mandating community care and limiting the size of psychiatric hospitals and drew international attention to Trieste.

‘A system that works is being dismantled because of an ideological prejudice,’ said Roberto Mezzina, a psychiatrist and former director of mental health in Trieste. ‘This is a space that was always independent and dedicated honestly to the service of the population.'” 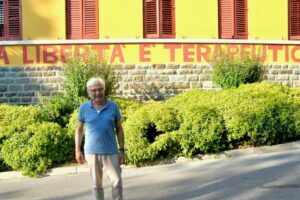