From Dan Latner/Medium: “The doctors said someone as happy and talkative as me must have come down with Bipolar I. They taught me about several Bipolars, explained that for the first one you only need to get happy and talkative once, and that no, none of the other Bipolars include symptoms like getting flooded with love for all sentient beings or drawing pictures of yourself glowing.

. . . I’m a curious guy who likes learning about brains, so I went home and read a bunch about the Bipolars, then a bunch about those consciousness mappers I mentioned before but didn’t discover until this point in the story.

I’m no expert, but it feels like whatever happened had more to do with the experiences discussed by inward spelunkers over at The Dharma Overground and r/streamentry than with getting too happy and talkative one time, ‘for no reason.’

Even if I’m wrong and just thought I felt how I felt, there are too many scientists studying gamma waves in advanced meditators and providing personal testimonies of non-dual experiences for doctors in a progressive city in a developed country to still be plugging their ears and saying ‘Non-dual experiences aren’t in my book la-la-la-la-la.’

I approached what happened in the most scientific, rational way I could, and the doctors flat out rejected my story and zoomed in on the ‘problem’ of me feeling energetic, talkative, and euphoric. I’m baffled that such a pleasurable and transformative experience was immediately pathologized as a mood disorder.

The more disturbing part was their refusal to acknowledge that experiences like this exist at all. That felt like systemic gaslighting.

Though I’m reluctant to extrapolate beyond my own experience, I shudder at the idea of anyone being institutionalized and/or improperly medicated after stumbling into a beautiful experience, then receiving ‘treatment’ from doctors who don’t get that the human mind is under no obligation to conform to the DSM.” 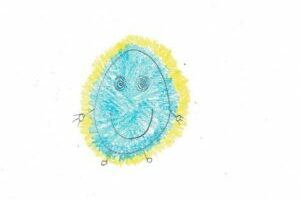