From Doughty Street Chambers: “On New Year’s Day, the Sunday Times featured the story of ‘A’, a 24-year-old man with learning disabilities and autism who has been locked in a small room since 2017: ‘A Saturday night takeaway pizza, pushed through the hatch by his mother and eaten alone in his room, is the highlight of his week.’ The picture below is the hatch. The story was also covered by ITV, The Guardian and The Mail.

Although A’s story is shocking, it’s sadly not unique. I’ve represented several people with autism and/or learning disabilities who have been detained under the Mental Health Act 1983 (MHA), as well as their families. In this blog I offer some thoughts on legal, policy and practical changes that could prevent admission to hospital and get people discharged speedily into homes in the community.

. . . A final point is this. People with learning disabilities and/or autism who have experienced and survived institutionalisation often carry the psychological scars for many years. As Lisa Perry has said, ‘The trauma felt by the person and their family never leaves.’ In a similar way that victims of torture are provided with psychological, medical and legal rehabilitation, so too should people with disabilities and their families – often the champions of their rights – be offered these services, as an acknowledgment of the harm that the state has caused.” 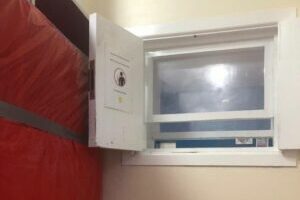