From Daniel Mackler/Wild Truth: “Children naturally, inherently have a deeply embedded sense of fairness. Even children who act in very unfair ways to others—often they know what fairness is, and everybody, every child, desperately wants to be treated fairly. I think there’s some inherent part in the makeup of human beings that knows what fairness is and loves fairness, loves justice, the truth of justice, the truth of fairness. And yet as I was sitting and contemplating making this video I was thinking how profoundly unfair the world often is, the world of the family system, the environment of the child, the child’s relationship with his or her parents and the world in general . . . Where does this come from in humanity—humanity who has a deeply embedded sense of fairness and justice?

And I think the only answer I can come up with is trauma, unresolved trauma. That when people have unresolved trauma—a little bit . . . or a lot—it twists their sense of fairness and justice. That often they lose some sense of fairness, they lose their perspective on where they are and who they are in relation to other people. And . . . all this unresolved abuse can make some people . . . think about themselves first, second, and third at the expense of others, make them take advantage of other people, twists the sense of justice. So they want special treatment, special fair treatment for themselves at the expense of others. So they can treat others very, very unfairly, really shift the balance of fairness in favor of themselves. And this is coming right from their unresolved traumas, all the ways in which they were abused and often neglected, all the ways in which they were not loved. They’re trying to rebalance the scales, because they were never able to heal from it.

. . . And what I’ve seen in myself and in many many others is that when people begin the healing process, the process of acknowledging exactly what was done to them, owning their sense of self on the inside, owning the healthy sides of themselves and owning the abused and harmed sides, calling out the abusers—if only in their own mind—knowing exactly what happened and how it harmed them, really figuring out how damaged they really were—or in my case how damaged I really was—it started rebalancing the scales, in a way.” 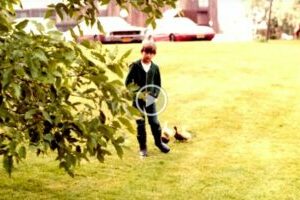