From The Seattle Times: “Like many newcomers [to the medical field], I had ambitions of helping others and society. These dreams were quickly dashed as I discovered a field of underappreciated, overworked and underpaid workers. I was bullied and harassed. My mental health was gradually strained, to the point of my suicide attempt last year.

I was physically assaulted by a higher-ranking colleague at my former workplace. This was the breaking point for me. My psychiatrist secured a short leave for me, and I took advantage of the organization’s employee assistance program. Meanwhile, despite an investigation into the incident, the colleague who assaulted me was cleared and kept their position and title. I pondered if I had made a mistake entering health care, and whether the incident was my fault.

In the fall of 2021, I awoke to a panic attack. A cloud of bleak hopelessness and loss descended. I was not thinking clearly. I started taking pills. I wanted to die because I wanted relief.

Midway through my attempt, my cat Mia walked into my room. I could see the curiosity in her eyes, as some part of me reminded myself that I needed to clean her litter box, sparking a chain of thoughts that kept me alive: Who would take care of Mia? Who would look after my aging mother? What would killing myself do to her? To my family, my friends?

I stopped, and called 911. It was a hard three days in the hospital. But I am lucky; I survived.

The day I was released from the hospital, a managing nurse at the clinic called me. She did not ask how I was doing. Instead, she launched into a tirade of policy, telling me I would need a detailed note from the physicians who treated me to get my time in the hospital approved by Human Resources. I was in no shape to return to the hospital and ask them to fill out paperwork. Through tears, I resigned. I felt disillusioned and abandoned.

. . . Nearly a third of health care workers are concerned about consequences or retaliation if they seek mental health assistance from their employer. Many doctors fear seeking mental health treatment, as divulging doing so can be a barrier to licensing.

And therein is the problem: Despite an industry’s attempt to take care of its own, the draining environment all too often remains. America has shown its weak hand in caring for the general public, and also for the workers who have devoted their time, energy and lives to keeping our society healthy.

. . . America is experiencing a mental health crisis, amid all of the other challenges that face our society. Those who are trained and devoted to care for those with mental health issues are succumbing to the crisis themselves. The workforce is shrinking, keeping mental health care further out of reach. The situation must change, quickly.

If health care continues down its current path, a far greater tragedy awaits us. I hope that it does not.” 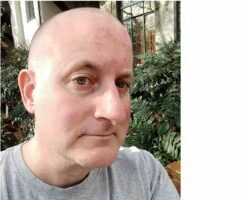