From Refinery29: “Perhaps the most concerning issue with 9-8-8 was that, in some cases, police will be called to respond to 9-8-8 calls — for example, if the person answering thinks you’re at risk of harming yourself and others (which was also true when you called the previous NSPL [National Suicide Prevention Lifeline] 1-800 line). This police or Emergency Medical Services (EMS) involvement may be consensual or not. This news was surprising to many, as 9-8-8 has been touted as a way to help reduce harmful police interventions in mental health emergencies. And while it very well might do that, many said the fact that police or other emergency responders can be called at all was under-advertised.

When police or emergency medical teams are called without a person’s consent, it’s called ‘nonconsensual active rescue,’ which ‘is dangerous because people with actual or assumed mental illnesses die at the hands of police at high rates, especially when they’re also people of color, trans people, immigrants, and/or members of other marginalized groups,’ says Emily Krebs, PhD, who tweeted about the issues with 9-8-8 and who’s been studying suicide since 2014. ‘Beyond this, involving police can lead to long-term issues such as people losing custody of their children, losing housing, and being fired from their jobs. There are also major concerns about PTSD from being treated like a criminal — and coming face-to-face with firearms, in many cases — during a mental health crisis.’

. . . While 9-8-8 is well-intentioned (it’s designed to be a place where you can call and get help for a variety of mental health issues from trained counselors) and may very well do a lot of good, it’s far from perfect. In part, this is because it exists in an America already full of broken systems — systems of criminal justice and healthcare, and, yes, mental healthcare, says Fanny Tristan, LCSW-R, a therapist and founder of Restority Space, which offers group and individual therapy . . . She echoes Dr. Krebs’ concerns about marginalized communities being most at risk with police intervention and agrees that a line isn’t enough, it also needs even more infrastructure around it — mobile crisis teams everywhere designed to respond to emergencies instead of police, and support for after the initial crisis has passed. ‘If you’re going to fill in the gaps, fill in the gaps,’ she says.” 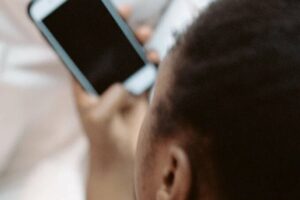