From The Guardian: “‘Are you Norma, Typical Woman?’ With that headline, the Cleveland Plain Dealer, an Ohio newspaper, launched a contest in 1945 to discover the woman whose body matched an alabaster statue, ‘Norma,’ sculpted by Abram Belskie and American obstetrician Robert L Dickinson. Their ‘Norma’ and ‘Normman’ statues were based on measurements taken from 15,000 young women and men, almost exclusively white and able-bodied. Nearly 4,000 women submitted their height, weight, bust, hip, waist, thigh, calf and foot sizes to the newspaper’s competition. Not one of them matched Norma’s contours exactly.

As Sarah Chaney notes in her captivating book, Norma, the ostensible epitome of female grace, was a fiction derived from a biased sample. In fact, much of what we believe is ‘normal’ about human bodies, health and behaviour is based on data from a sub-section of the world’s population classified as WEIRD: western, educated, industrialised, rich and democratic. WEIRD people make up less than 12% of the world’s population, Chaney notes, but 96% of subjects in psychological studies and 80% in medical ones.

How does such a tiny group dominate what we think of as normality? With meticulous research, Chaney traces the history of such narratives back to the year 1800, when the word ‘normal’ was simply a mathematical term designating a line at a right angle. Along the way, she examines how eugenics, racism and skewed statistical sampling have misinformed our ideas about ‘normal’ physical and mental health, child development, as well as sex, gender, and body shape.

Rigid ideas about ‘normality’ still permeate all spheres of life . . . take the expression of strong emotions, like anger or tears, seemingly universal, and yet, at various times, deemed out of place. Middle-class Victorians believed that self-control was a hallmark of civilised humanity. Suffragists lacked ‘calmness of temperament’ and were derided as ‘maenads,’ and ‘hysterical young girls.’ Western scientists used ideas about ‘primitive’ emotions to prop up racist beliefs and justify colonialism. Some ‘lower human races,’ like the Bushmen (indigenous southern African peoples), were of ‘a very explosive nature,’ according to Victorian evolutionary psychologist Herbert Spencer, and were thus ‘unfit for social union.'” 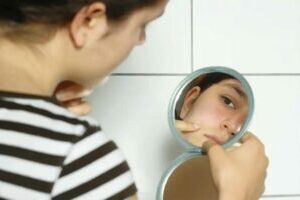