New York State’s out-patient commitment program, termed Assisted Out-Patient Treatment (AOT), was instituted in 1999 to protect the general public from treatment non-compliant and presumably violent mental patients. Despite the relatively small number of treatment orders issued by the courts since the Program’s inception – little more than 10,000 – AOT has proved controversial, the object of lawsuits and the subject of contentious debate among stakeholders and the State’s legislators.

A source of concern from the outset was the disproportionate number of AOT orders issued to African-Americans: an analysis contained in the evaluation conducted by Duke University of the Program’s first ten years revealed that African-Americans were five times more likely than whites to receive an AOT order. The Duke evaluators concluded that “… the AOT rate is influenced by a number of ‘upstream’ social and systemic variables such as poverty that may correlate with race. However, we find no evidence suggesting racial bias in the application of AOT to individuals…”

As I wrote in the article I posted on this site June 23rd, “A Post-Racial Public Mental Health System …”, institutionalized racism is so pervasive in the public mental health system that it goes relatively unnoticed, largely accepted and rarely, if ever, commented upon. I also wrote that the public mental health system is reflective of our larger society where institutionalized racism is evidenced as a purposeful effort by the Federal and state governments to deprive African-American men of their civil rights and thereby marginalize them.

I rooted my contentions in two benchmark books published in 2010: Michelle Alexander’s The New Jim Crow: Mass Incarceration in the Age of Colorblindness, and Jonathan Metzl’s The Protest Psychosis: How Schizophrenia Became a Black Disease. In the former, Alexander alleges that “There are more African-American adults under correctional control today … than were enslaved in 1850 …”. Which allegation is supported by Bureau of Justice Statistics data from yearend 2010 that reveal that 1.2 million black non-Hispanic males were incarcerated in Federal and State prisons and in local jails and “had an imprisonment rate … that was nearly seven times higher than white non-Hispanic males.” Alexander terms this phenomenon a return to “Jim Crow” and ascribes its cause to Nixon’s and Reagan’s “wars on drugs”, which depicted black men as violent and out of control and targeted them as political threats to the established order.

For his part, Metzl tracks the over-diagnosis of schizophrenia in black men to the early 1970’s, the high point of black disillusion with and anger at the societal status quo. He implicates two causative factors in the spread and continuation of over-diagnosis:
1. The appearance of the modern DSMs – II, III, IIIR, IV and IV TR – their advocacy of the biological model of mental illness, and the introduction of Schneiderian first rank symptoms, particularly paranoid ideation and hostile, aggressive behavior, as indicative of schizophrenia; and,
2. The fear and anxiety provoked in psychiatrists and other professional mental health providers by African-American men, presumed, particularly when undergoing an apparent acute psychotic episode, to have a great potential for violent behavior.
As recently as 2007, when the long-term Kaiser-Permanente Schizophrenia study was published, its outcomes indicated that African-Americans were 3.7 times more likely than whites to be diagnosed with schizophrenia at some point in their lives.

Can’t these guys see the forest for the trees? And what benefits at what costs?

AOT and its presumed benefits have served to reinforce majority culture myths and base prejudices:
• Persons with serious mental illnesses, without treatment, particularly psychoactive medications, are unpredictable and violent;
• Most African-Americans who are seriously mentally ill have schizophrenia; are more likely to be treatment non-compliant; and require coercion, in the form of an AOT order, to change that behavior;
• For the general public to be safe from this cohort of individuals, persons with serious mental illnesses require some form of quarantine or isolation from the general public.

AOT constitutes that quarantine, a hospital, as it were, without walls. When the Duke evaluators trumpet improved access by persons with serious mental illnesses to necessary services, they ignore the reality that the obverse is the consequence: infringement of these persons’ civil rights and their confinement to the public mental health system for the length of time imposed by the order. They also ignore proven fact that the benefits or treatment imposed on persons issued AOT orders, particularly neuroleptic medications, are often harmful and life-threatening. I’m reminded of the claims of European and American imperialists and colonizers that the imposition of their notions of civilization on rude and uncivilized indigenous peoples, always persons of color, was beneficial and done for the good of those being colonized. That the colonizers were unmindful of their racist ideology is indicative of its pervasiveness in the societies in which they were nurtured and lived.

The over-diagnosis of schizophrenia in African-Americans has been attributed in research findings published in 2011 by Kessler, et al, and in 2012 by Lawson, et al, to incompetence and racial bias on the part of treating clinicians. Bureau of Justice Statistics for yearend 2009 for persons in state correctional facilities show black inmates to be no more violent than – or, conversely, as violent as — whites and Latinos, with half of all inmates in each ethnic group incarcerated for commission of violent crimes. As I reported in “Mental Health Homes … Caveats, Part II,” posted on this site on February 10, a literature review by Choe, et al, showed rates of violence by persons diagnosed with serious mental illnesses against others as ranging from 2-15%, which contrasted with rates of violence perpetrated against that same group of 20-34%. Choe, et al, also found that acts of violence by members of that group were correlated primarily with abuse of alcohol and drugs and not medication non-compliance. (C.f. my June 23rd posting for a full discussion of these issues.)

Fortunately, progress has begun to be made in New York to counteract the stereotype of persons with serious mental illnesses as violent. Don’t forget that passage of Kendra’s Law 13 years ago was precipitated by the murder of Kendra Webdale by a presumably deranged mental patient who pushed Ms. Webdale into the path of an oncoming subway train. Just this path month, a coalition of advocates and other stakeholders led by Harvey Rosenthal of NYAPRS (the N.Y. Association for Psychiatric Rehabilitation Services) defeated an initiative to expand Kendra’s Law after two presumably deranged mental patients stabbed two New York police officers in separate incidents in early April. The alternative the advocates proposed and which State legislators opted for was increased services for persons treated in the public mental health system without recourse to court-ordered out-patient treatment. Not an ideal solution from my perspective, but it beats the usual knee-jerk responses to deprive more folks of their civil rights. Since Kendra’s Law comes up for legislative review and renewal in 2015, I expect Rosenthal and allies to launch a campaign to challenge and block the law’s renewal.

The pervasive racism in New York’s public mental health system has yet to appear on Mr. Rosenthal’s and allies’ radar, nor has schizophrenia as a failed concept and tool of social control. Both need to be added to New York advocates’ to-do list — and to those of advocates elsewhere. Forty-two states currently have some version of out-patient commitment; which is why I’ve written these last two articles addressing racism. My credo, as always … don’t mourn, organize. Along with a little proactive agitating. 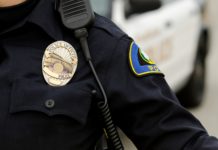 Defunding the Police: Replacing Guns With Prescription Pads Is Not the Answer 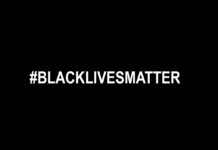 We Must Not Be Silent On George Floyd & Systemic Racism.