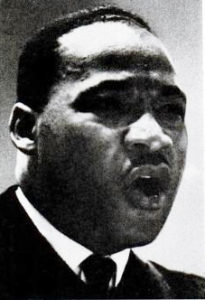 Yes, I must confess that I believe firmly that our world is in dire need of a new organization – the International Association for the Advancement of Creative Maladjustment…Through such maladjustment we will be able to emerge from the bleak and desolate midnight of man’s inhumanity to man, into the bright and glittering daybreak of freedom and justice.

Throughout his career as a human rights activist, Martin Luther King, Jr. often repeated a call for the formation of an International Association for the Advancement of Creative Maladjustment [IAACM]. Though TIME magazine referred to this as a “half-joke,” we at MindFreedom ask: What about the other half? What about the people who don’t think of it as a joke?

Certainly, our society’s need for creatively maladjusted individuals, or “disciplined non-conformists,” as King also called them, is very serious indeed. There are so many things to which it is only healthy and right for people of good will to be maladjusted to! Violence, dehumanization, the forfeiture of human rights and individual liberties, environmental degradation, institutionalized oppression… to name only a few. I’m sure you can name more.

IAACM: An Association for ALL HUMAN BEINGS 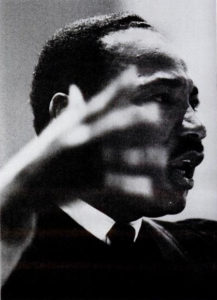 There’s no doubt about it: we are all different. We have different religious beliefs, different cultures, backgrounds and life experiences, different philosophies, different problem solving methods, and myriad ways of looking at the world.

There are also certain expressive tendencies in society that try to divide us by labeling those differences, classifying them, and often times dehumanizing the individuals so labeled. Some of us may have been labeled by the mental health system, some by the public school system and other institutions, some by our families, and some of us by internalized hurts.

Yet here is something that unites us: we are all human beings.

YOU are a leader in the IAACM

Which means YOU are a leader in the International Association for the Advancement of the Creatively Maladjusted [IAACM]. With every display of mad pride in yourself and your humanity, every non-violent action you take to express yourself and BE yourself, you make King’s dream a reality.

How can you exercise your leadership in the IAACM?

The word “maladjustment” may have some negative connotations. It’s even been said that Adam Lanza was “maladjusted.”

Clearly this is not what King – a lifelong advocate for nonviolence – had in mind. In fact, he placed a strong emphasis on disciplined nonconformity, which comes from a loving place:

Nonconformity in itself, however, may not necessarily be good and may at times possess neither transforming nor redemptive power. Nonconformity per se contains no saving value, and may represent in some circumstances little more than a form of exhibitionism… Nonconformity is creative when it is controlled and directed by a transformed life and is constructive when it embraces a new mental outlook…

Only through an inner spiritual transformation do we gain the strength to fight vigorously the evils of the world in a humble and loving spirit.” 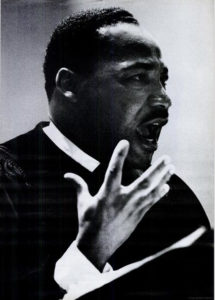 MindFreedom International would especially like to invite you to display your mad pride and disciplined nonconformity during the inaugural CREATIVE MALADJUSTMENT WEEK, from July 7-July 14, 2013.

We’ve got a lot of ideas for exciting, innovative, and highly visible ways to express our creative maladjustment during that time (stay tuned…), but we also want to hear from YOU – the widely dispersed and hugely creative potential leaders of the IAACM.

What are you creatively maladjusted to, and what are some creative solutions to the problems our society faces?

How can we take a stand – in the face of all the dehumanizing institutions that seem to govern our society – for humanity?

As King once said: