The buzz in academic publishing right now is the story about how several hundred open access journals accepted a fake research paper.  John Bohannon intentionally created a paper with major shortcomings that should have led to the paper’s rejection by any rigorous peer-review process. One moral of the story is that there is a large subset of journals, with inadequate peer review, which are probably not read by many people, and whose main purpose appears to be to provide a forum for professors to say they are published in an “academic” journal. It would have been interesting to let the scam run itself out and see if the bogus paper was actually read by anybody. Would the readers have detected the problem? Would the journals have eventually retracted the paper?

It is certainly appropriate for the media to pay attention to this issue. However, there is a much larger problem with the scientific literature which unfortunately gets little coverage from the press or, even worse, academic medicine. Of much more concern is that there are top-tier medical journals which have published clinical trials, that were read by thousands of people, that influenced clinical decisions, that we now know were bogus, but have never been retracted.

As an example, take Study 329 which examined the use of Paxil in adolescents and concluded, “Paroxetine is generally well tolerated and effective for major depression in adolescents.” Several years after the paper was published, court proceedings revealed internal company documents admitting that the study found that Paxil was not any better than placebo on the pre-registered outcome measures, and that the company was concerned about how to manage the negative findings. Like many research papers, Study 329, included both university professors and company employees.

The mission of academicians is to ultimately find the truth, and their work is ultimately judged by other academicians in the larger university community – at least that is the idealized version.  Company researchers are ultimately working to enhance the bottom line for the company, and their actions can come under scrutiny by federal agencies such as the Department of Justice (DOJ).

If a published research paper is subsequently found to be misleading, the appropriate response from the academic community is to retract the paper and sanction the professors involved with it. The appropriate response from the governmental agencies would be an indictment and fines, and possibly sanctions leveled against the company. Some papers are written purely by academicians, some papers are written all by company employees, and some, such as 329, are written by both. It is interesting to compare how the two bodies charged with oversight of 329’s authors have responded. They could not be at more opposite ends of the spectrum.  The DOJ which oversees the company employees  brought the hammer down on the corporate offenders, while academic medicine which oversees the professors has done virtually nothing.

The DOJ recently levied a three billion dollar fine against GSK for false marketing of several different medications, one of which was Paxil for children. In the DOJ’s words, “The United States argues that, among other things, GSK participated in preparing, publishing and distributing a misleading medical journal article that misreported that a clinical trial of Paxil demonstrated efficacy in the treatment of depression in patients under age 18, when the study failed to demonstrate efficacy.” It is hard to imagine a more serious and straightforward indictment of this paper and the company employees involved with it. But in contrast to the DOJ, consider how academic medicine has handled the same paper.

According to McHenry and Jureidini, by June 2010 there were at least 184 academic references to Study 329 which perpetuated the false claims about both the efficacy and safety of Paxil in children. And some of these citations occurred after the New York State Attorney General filed charges in 2004 that GSK committed fraud by withholding negative data about the use of Paxil in children. In large part, the charges relied on internal documents released about GSK’s studies of Paxil in children, which had been freely available on the internet for some time. In light of the DOJ’s recent fine and harsh words about the study, one might expect the field of Academic Medicine to at least investigate the study. At a bare minimum, there would seem to be a public relations concern about the impression that academic researchers (some of them NIMH-funded) cooperated with selective reporting and ghostwriting to “shape” the study results and minimize the adverse effects of Paxil on children.

Yet since the fine was announced: the lead author has been made Professor Emeritus at Brown University; none of the academic departments where the professor-authors were housed have conducted any kind of serious (at least open) investigation; the President of Brown, where the lead author was chair of the Psychiatry Department, has stated that she sees no reason for an investigation. Surprisingly, after the fine, the trade journal Psychiatric Times featured commentaries written by two of 329’s named authors. One author was given a forum to give advice to new residents, and another author penned a review article on the SSRIs. Presumably they were asked to write these papers because of their expertise. Apparently, in academic medicine, being connected to a known ghostwritten study which contributed to a $3 billion dollar fine carries no stigma or consequence. Until the named authors of the study address the DOJ’s conclusions should any of them be given space by the media or trade journals for expert advice?

One possibility is that academic psychiatry does not really understand what has happened with Study 329. The peer-reviewed publication critiquing Study 329 may have gone unnoticed, or simply been ignored; the same holds for the lone article published in the Chronicle of Higher Education. In the blogosphere, though, there is plentiful attention being paid to the ethical quandary the study poses for academic medicine. The blogger Boring old Man, a retired psychiatrist, has written extensively about the study. In regards to Study 329, he stated, “So, the first lesson I would take from Study 329, a clinical trial, is that there’s no evidence that the authors were clinicians and by extension they were not clinical scientists.” And he emphasizes: “The authors of this study did not function as physicians, clinicians, scientists, or even authors.”

Shortly after the study was published Jureidini and Tonkin wrote a letter to the editor pointing out its problems. In her response, rather than defend the study based on the actual data, the editor of the JAACAP, took the “Trust Us, Were Experts” approach. In her reply she stated, “Many highly and expert child and adolescent psychiatrists were participants in that study, and others that were similar, and others equally expert contributed to the review process.” Instead of defending the study, or isolating the problem to just one group of authors, she cast a much wider net and drew in the reviewers, the other journal editors, and even those who uncritically accepted the paper at face value. At least according to the editor, Study 329 was a system-wide failure that far beyond the named authors.

While Study 329 has become the poster child for problems in the scientific literature it is hardly alone: JAMA has never withdrawn the CLASS study, the International Committee of Medical Journal Editors (ICMJE) continues to allow ghostwriting, and many clinical trials can more accurately be considered marketing plans than scientific studies. In regards to the bogus on-line paper, the author stated, “This sting operation reveals the contours of an emerging wild west in academic publishing.” However, the wild-west environment has been in place for at least two decades. Many clinical trials are written by ghostwriters, funded by pharmaceutical companies, and the data is not available for re-analysis. Only a very naïve clinician would completely trust the “peer- reviewed” medical literature.

The bogus paper submitted to the online journal had a nonsensical graph designed to show that people weren’t really paying attention, but in the end no one was hurt. In contrast, many “real” papers published in the medical literature have presented misleading data that did result in harmful outcomes.  Virtually all of the recent blockbuster medications are involved in multi-million dollar lawsuits, and at the heart of the suits are bogus papers that were designed to fool editors and clinical decision makers. With so many bogus papers already in the literature there is little reason to make-up another one just to trick editors.

Footnote: For anyone who doubts that there are significant problems with the medical literature we highly recommend Peter Gotsche’s new book titled, Deadly Medicines and Organised Crime, and David Healy’s 2008 paper titled, Our Censored Journals. 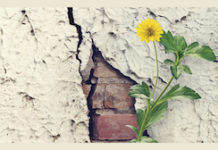