The 67-minute film promises to examine the impact of a blindly ‘one-modeled’ system that “has been written so inextricably into our law and language that it has become difficult for many to even hear the evidence supporting a much broader take on what we so often call ‘mental illness.’”

It features many voices including Jacqui Dillon, Will Hall, Gail Hornstein, Daniel Mackler, Ruta Mazelis, Maria Tarajano Rodman, Richard Shulman and Robert Whitaker and ultimately seeks to counter the status quo ‘medical model’ belief system with the many very different and very real stories around us.

Although there were many bumps and learning curves leading up to the final product, the DVD is now readily available and has been screened and used as a training tool in several places including – most recently – the National Association for Rights Protection & Advocacy’s (NARPA) annual conference in Connecticut last month.  Two screenings with special guest, Robert Whitaker, are also set for Springfield and Framingham, Massachusetts in November (click here for more info!), and a tentative screening is planned at the Alternatives Conference in Austin, Texas in December.

This summer, Sera Davidow, Laura Delano, Sean Donovan and Caroline White began a collaborative process with many others from the Western Mass RLC and beyond to develop two new films (not yet titled) focusing particularly on the topic of psychiatric drugs.

And that’s where YOU come in.

We are looking for *anyone* who has ever been told, “You NEED to take these medications,” to speak up and be heard.

We’re looking for as many ‘home video’-style film clips as we can get from people willing to share a bit about their experience of being told they needed to take psychotropic medications for life.  We are particularly looking for clips from people who have successfully withdrawn from all or most psychiatric medications.

So, if you’re willing, here’s what we’re asking:

1.     Take a video of yourself on any device you have available.  Cameras, cell phones, web cams, video cameras… it’s all good!  Don’t worry about the quality as long as we can hear you well and without a lot of background noise!  If you don’t want to be fully visible, feel free to hide your identity in creative ways so long as the video is still useable.  (One suggestion for anyone wanting to remain anonymous would be to write your answers on poster board and hold it in front of your face!)*

2.     At the start of your video, please state that you are giving the Western Mass RLC permission to use your clip in the upcoming films on medication and in any related media (clips on Youtube, a trailer, etc.).

3.     If you’re comfortable doing so, please also state what part of the world you’re in (nothing too specific… just the country!)

4.     Then, answer some or all of the following questions:

c.  How old were you when you were told you needed to start taking meds?

d.  If you were under 18 at the time, did prescribers/clinicians talk directly to you or mostly to your parents?

e.  What psychiatric diagnosis were you given at that time?

f.  What other reasons did people give you for needing to stay on medications?

h.  Were you given honest information about the risks?

i.  What negative effects did you experience?

j.  Have you withdrawn from some or all of the psych drugs they said you needed to take?

k.  How long did it take you to withdraw?

l.  What did you experience/feel while withdrawing?

m. How long have you been off of psychiatric drugs?

o.  What would you like to say to the people who told you that you needed to take psychiatric drugs?

5.    If possible, film your clip(s) in .mov (or quicktime) files (but we’ll work with anything we’re able to download and translate!)

6.     Use a file sending/sharing (like wetransfer.com) service to send us your clip.  (Click here for ideas and instructions on doing this, if you’re not sure!

*  Please note that we may not be able to use everything we are sent, depending on how much we receive, etc.  You do NOT need to get your answers perfect or answer all the questions in a row without pausing!  We’ll be editing and pulling out clips on our end! Unfortunately, it won’t be possible due to time limitations to review written stories for this film, so please be sure to stick with video clips! **

The timeline for completing this film is uncertain.  Interviews have already begun, but fundraising and substantial time will be necessary to bring the film to full fruition!  Film clips will be accepted at least through early 2014.

A few words from Sera, Laura, Sean, and Caroline:

Sera:  This isn’t really about eradicating all use of psychiatric drugs.  I heard Katherine Sharpe – author of ‘Coming of Age on Zoloft’ – speak not too long ago, and she had a really great perspective to offer on the use of psychotropics.  It went something like this:  Sure, psychiatric drugs have an effect, and some of it can be positive.  Just like coffee or any other mind-altering substance, these drugs have an effect.  If you decide that the good effects outweigh the bad or unintended effects, than take them.  But, let’s not kid ourselves anymore and keep claiming that we know exactly what they do or that they truly have a targeted and ‘corrective’ effect!

Ultimately, this is about the indisputably devastating effects of telling hundreds of thousands of people that they have no other choice for the rest of their life.  It’s about failing to offer true informed consent.  It’s about making the decision for people that they can’t handle the truth of hearing about the risks or that it’s better that they be on the meds, so “let’s just leave the scary stuff out.”  It’s about denying the bad outcomes, early deaths and permanent damage staring us in the face.  It’s about our children.  And, about our future.

The only way real change will happen is if our voices get loud enough and our numbers get big enough that the balance simply tips.

Laura:   I am incredibly excited to be collaborating with the Western Mass RLC on this film project!  More than ever before—with at least one in five Americans on psychiatric drugs and comparable rates across much of the world—our collective human family is in dire need of both space to explore the idea of coming off psychiatric drugs, and access to the resources and supports to do so.

I am not anti-psychiatric drug—what I am is pro-informed choice, which simply does not exist in the “mental health” system today.  Misinformation starts with the deceptive language used to describe these drugs—“medicines” and “medications”, “antidepressants” and “antipsychotics”, “treatment”— and continues with the fraud and bad science running rampant throughout the Pharmaceutical Industry and academic Psychiatry.  Additionally, most practicing psychiatrists do not offer patients and their families the full story about these “medications”, whether because they themselves are misinformed by industry-funded research, or because they so firmly and blindly believe in the efficacy of their “medical treatment” that they want to make sure their patients do, too.

Never once did I make a truly informed choice about my “meds” during the time I was on them.  Nor did I have a solid understanding of how to come off of them when I finally discovered how much they were harming me.  I know that I am not alone with this experience, and it is for this reason that I am eager and honored to be working alongside the folks at the Western Mass RLC to bring these films to fruition.  Through the sharing of our collective voices, we can and will break apart the seemingly impenetrable shell of the medical model of “mental illness” and “life-long treatment” to let the light shine through.

Sean:  After starting to help draft ideas and film a couple interviews for this project, I started taking Lithium again, something I had been off for nine months and had struggled with taking for ten years.  During this coming off process I experienced a couple of moves, a breakup, starting a new job and family emergencies that piled on distress.  And, while off the drug, I had newfound energy to pour into my job, this project, my music and other things, I eventually hit a period of extreme states, depression, anxiety and often feeling suicidal. My decision to be back on Lithium—(even temporarily) was a devastating one, but one that seemed a last but necessary resort.  But, this project is not anti-medication; it is about finding our own truths, our own voices and our own ways to thrive in the world.

I share this now to bring up some of the more existential and painful experiences that I’ve faced among countless others involving our country’s wide use of psych drugs.  Would I be seeking out this drug had I not been exposed to it, many SSRIs and other pharmaceuticals when I was an adolescent (when I was told that some of these drugs “’unmasked’” an underlying serious mental illness)?  Could these drugs themselves be responsible for creating such so-called imbalances?  Whether more or less informed, voluntarily or involuntarily medicated… would I, could I, be a different person without them?  While we are all more than the medications we take or have taken, they certainly leave their mark.

I see the stories we’re seeking to gather through this project as ways to reclaim some agency and empowerment about who we are, what drives us as human beings with emotions and dreams, and how we might find ways to connect with ourselves, each other and the world that had been previously drugged or beaten out of us.  And, I’m excited to be sharing this project and these words alongside those of three extraordinary people!” 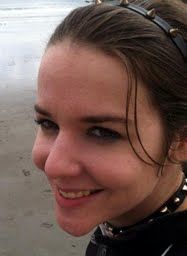 And introducing Caroline:  For the past 60 years, psychiatric drugs have placed limitations on our stories and defined human lives.  Together we can write a new script.  When looking back at my own childhood it is very difficult for me to remember a day where I did not wake to find a pill on a plate waiting for me with my cereal and lunch money. It is hard for me to remember milestones that were not linked to a med change.  I matured into a body that felt heavy and slow, like it was not my own, with hands that shook with tremors.  My emotions and visions, and those of thousands of others, were reduced to “chemical imbalances” and divorced from deeper meaning.  Now that I am free, after 18 years in this system, I experience a far richer life than the one I was told someone with my psychiatric diagnoses could expect.

As we share stories of this nature, it is about something far deeper than “pro” or “anti” drug messages.  We are stating the case for honoring the breadth and width of human experience.  Our stories allow us to step outside the corner we have backed ourselves into by defining human suffering, spirituality, diversity, etc. as a sum of our neurotransmitters and synaptic firings.  It sets us free to exist in all our complexity, as visionaries, empaths, voice-hearers, human beings that experience great highs and lows during the course of our lives.  I look forward to having many of these new conversations.