We are an unlikely duo, sharing secrets only known to insiders, the inmates and staff of Bader 5, Boston Children’s Hospital’s adolescent psychiatric unit. I am the nurse who blew the whistle that no one heard in 2010, she is the teenager who was imprisoned on Bader 5 for nine months in 2013. WE met for the first time on this past Thanksgiving Day at Yale New Haven Children’s Hospital, where she has been a *medical* patient for the past nine weeks.

I began to know Justina in April 2013. Nineteen Months ago, I was learning all about her from many sources, as one of the first advocates for the Pelletiers. My involvement predated the “Free Justina” movement by at least six months. I looked at her case through the lens of my medical/pediatric nursing background and my psychiatric nursing experience, finding only egregious errors in every aspect of the handling of Justina’s case; costly errors that could not possibly have been decisions based on any reasonable “risk/benefit” analysis, damaging errors for which I could find no justification.

Needless to say, reaching out to Bader 5 clinicians was an exercise in futility, though I was gratified to know I was perceived as a threat. I learned this from two nurses who expressed their fears around being linked to me — both worried about being accused of connecting the Pelletiers with me; neither knew how that connection had actually occurred.

Justina knew very little about me, though when prompted she remembered the tiny fairy in the origami box that I had made for her, an origami crane, and the bracelet I made with beads in her favorite color — blue. She also recalled interesting reactions from nurses to my gifts, and to the mention of my name. But, mainly I had the unsavory association for her of close connection to those who had caused her deep suffering and pain. Rather than exercising her option to banish me from her room, which I could hardly blame her for doing, she quizzed me on names and special “only known to insiders” information about Bader staff. Approximately 10 nurses I knew well were on her list, plus an additional 6 mental health counselors, 2 psychiatrists, a pediatric Nurse Practitioner, 2 psychologists, 1 teacher and 1 occupational therapist. Following each accurate description of a named Bader staff, I noticed Justina becoming brighter and more relaxed. Her courageous challenge of my authenticity set the stage for what happened next; another first for me, added on to a long list of “firsts” that bear Justina’s signature in my life.

We were suddenly relating to each other like old friends. She would share a story from her tragic memoir, an episode of being completely humiliated by an abject disregard shown for her weakened condition by people I know. Unlike most who have heard these stories over the past 5 months, I have witnessed countless unfeeling, uncaring actions carried out with precision by the so-called mental health professionals; the exact ones who appear in Justina’s nightmares — all of them following the “treatment plan.”

It must have been my unflinching validation of her testimony that led her to ask me to explain why even the staff who seemed nice to her one minute could follow this plan in another one. She asked me to explain the indefensible actions of people who chose to coerce her to do what she could not do, and denied her any sort of treatment or comfort for the issues she voiced. “There is no reason,” was my honest reply. “What they did is wrong.”

She accepted that as confirmation of what she felt; but rather than become angry or even upset, Justina changed the topic to concerns she had for other kids she met on Bader — to wondering what help there was on that unit as she saw no one who seemed to benefit. She often repeated these words, “I don’t think he [or she] needed to be there” over and over. I wholeheartedly, and honestly, agreed with her assessments.

During my four hour visit, I saw Justina engaging as a typical teenager with her sisters, her parents and her grandma. She was pleasant and cooperative with the nurses who performed assessments with respect for her privacy and dignity. There were only two episodes that caused her to become emotionally distraught. The first was at the mere mention of a possible “psychiatric evaluation” to be included with more tests that were soon to take place, as her GI issues and severe pain continue to plague her. I find it hard to believe that any nurse or doctor who knows Justina’s history would ever mention the word “psychiatry” to her. I reinforced her right to refuse to participate in anything that made her feel uncomfortable. Psychiatry is anything but a life saving treatment — for Justina it proved nearly fatal.

The second episode of unbridled emotional angst occurred when her mom, sisters and grandma were leaving. It was her dad’s turn to stay over. With a unified, compassionate approach, Justina began to regain her composure, though separating from her mom was agonizing to watch. I helped by offering a timely distraction — requesting my long-awaited photo op with her [an international celebrity]. Her evening shift nurse took the picture of us together using my iPhone. 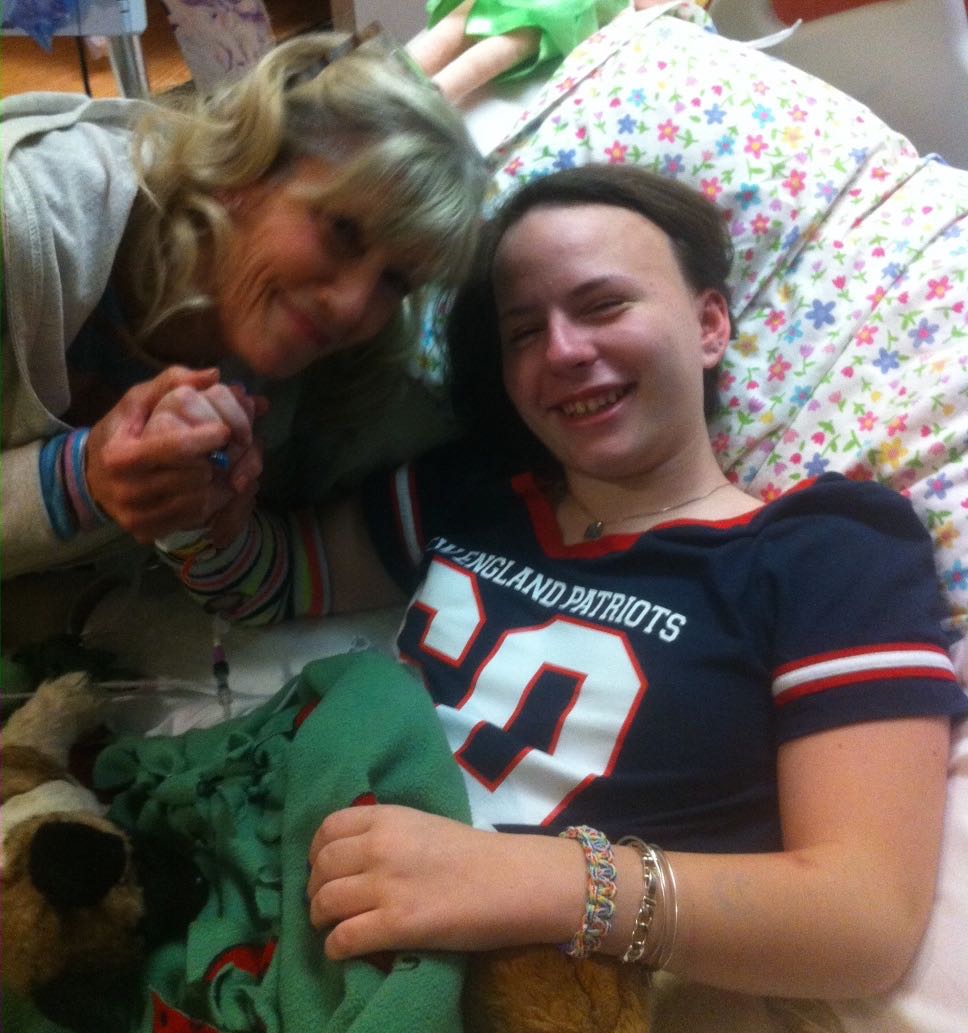 Looking at our photo hours later, the full impact of my meeting and connecting with Justina began to manifest. Alone, I ruthlessly contemplated the damages: neglect of medical treatment combined with traumatic separation from her family, friends, school, community — and topped off by the abuse she suffered at the hands of my former colleagues. It was becoming more personal, more horrible and more unbearable by the moment.

I have been tested by some very tough kids in every setting where I have encountered children and adolescents who have [for good reason] lost all trust in adults. I accept that it goes with the territory and I respectfully engage without hesitation. Justina’s test evoked an unplanned confrontation with professional nursing standards and values I had developed over the past 40 years, and my belief that I could be of help by continuing to practice as a psychiatric nurse — under the radar — in the only hospital that would hire me after I turned ‘traitor’ at BCH. Justina’s sincerity, courage, and most of all her curiosity penetrated all of the walls I have built to protect my need to not abandon people who become prisoners on locked psych wards — or whatever justification there has been for my being a “double agent.” What I have seen, studied, researched and pondered the better part of the past four years has meaning beyond what I could have intended, simply because I did not know that what happened to Justina was even possible.