An illegal drug that was originally developed by Pfizer Inc. is behind a spate of overdoses in Brooklyn that sent more than two dozen people to the hospital and turned a city block into “zombieland” this past July. AB-FUBINACA, which was first patented by the pharmaceutical company in early 2009, was found in a synthetic cannabinoid involved in the July 12 incident, according to a New England Journal of Medicine article published this week. 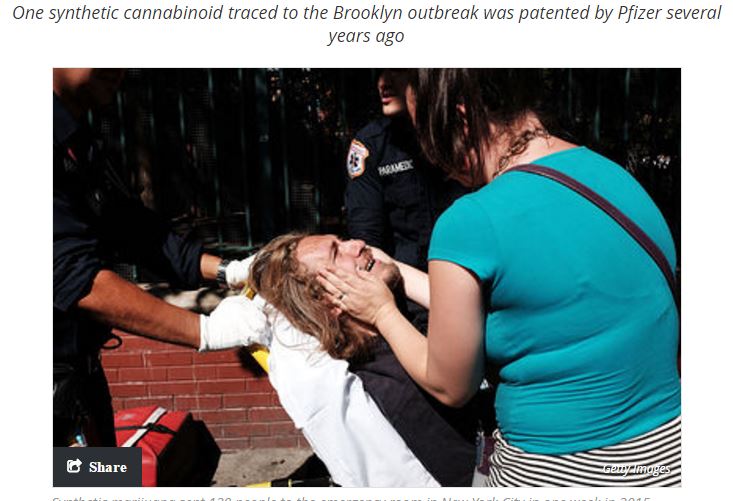