From Pacific Standard: This past Tuesday, the Senate confirmed Scott Gottlieb as head of the Food and Drug Administration.

“Although some Senate Democrats had worried about Gottlieb’s ties to the pharmaceutical industry—Washington Senator Patty Murray called his financial entanglements ‘unprecedented’—his confirmation passed the Senate with relative ease. Gottlieb is a partner at a venture capital firm, New Enterprise Associates, which invests in drugs that may come before the FDA for approval. He promised to recuse himself from weighing in on companies in which he’s been involved.” 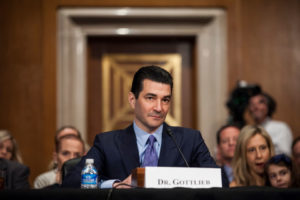