In this piece for Nautilus, Robert A. Burton discusses how research into the essence of consciousness is more of a theological, religious exploration than a neurological or scientific one.

“Neuroscientists have long known which general areas of the brain and their connections are necessary for the state of consciousness. By observing both the effects of localized and generalized brain insults such as anoxia and anesthesia, none of us seriously doubt that consciousness arises from discrete brain mechanisms. Because these mechanisms are consistent with general biological principles, it’s likely that, with further technical advances, we will uncover how the brain generates consciousness.

However, such knowledge doesn’t translate into an explanation for the what of consciousness—that state of awareness of one’s surroundings and self, the experience of one’s feelings and thoughts. Imagine a hypothetical where you could mix nine parts oxytocin, 17 parts serotonin, and 11 parts dopamine into a solution that would make 100 percent of people feel a sense of infatuation 100 percent of the time. Knowing the precise chemical trigger for the sensation of infatuation (the how) tells you little about the nature of the resulting feeling (the what).” 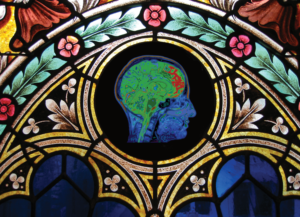 The Unveiling of the Truth: A Journey Into the Invisible World

Antonio Damasio, Feeling, and the Evolution of Consciousness