From The Associated Press: The United Arab Emirates and Yemeni forces run a secret network of prisons where terrorism suspects are brutally tortured. Several U.S. defense officials have said that American forces participate in interrogations of detainees, which is a potential violation of international law prohibiting complicity in torture.

“A Yemeni officer who said he was deployed for a time on a ship off the coast said he saw at least two detainees brought to the vessel for questioning. The detainees were taken below deck, where he was told American ‘polygraph experts’ and ‘psychological experts’ conducted interrogations. He did not have access to the lower decks. The officer spoke on condition of anonymity because he feared retaliation for discussing the operations.” 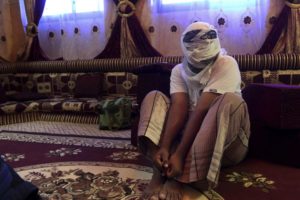