From The Atlantic: States are increasingly moving to ban gay conversion therapy, restricting licensed mental-health practitioners including psychiatrists, psychologists, and social workers from practicing any type of therapy with the goal of changing a person’s sexual orientation.

“So-called ‘conversion therapy,’ the practice of trying to change a person’s sexual orientation (almost always from gay or bisexual to straight), has a history of damaging, scientifically unfounded approaches. In The Inheritance of Shame, Peter Gajdics describes being pinned down by two other men as his psychiatrist screams at him, mocking him for having sex with other men. Other first-person accounts—of men in the U.S., and more recently, of men in China as well as women in Ecuador—recount similarly violent, coercive experiences.

In the U.S., state governments are beginning to outlaw conversion therapy in growing numbers. California became the first to do so in 2012. Eight other states have banned it in some form since. In 2017 alone, Nevada, New Mexico, and Connecticut have signed their own bans into law. And two weeks ago, a long-anticipated bill passed the Rhode Island Senate.” 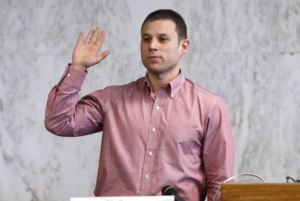